Gearset's shared org credentials allow teams to build and deploy changes together. To make the most of this delegation, this article explains what access levels are required to perform actions in Gearset, such as opening a draft or deploying a validated package.

Delegating permissions is a feature of the Teams license. Only users on a Teams license are able to manage and delegate their credentials.

When a user adds a new org connection, they become the owner of that credential. Owners can manage delegation to other members of their team. 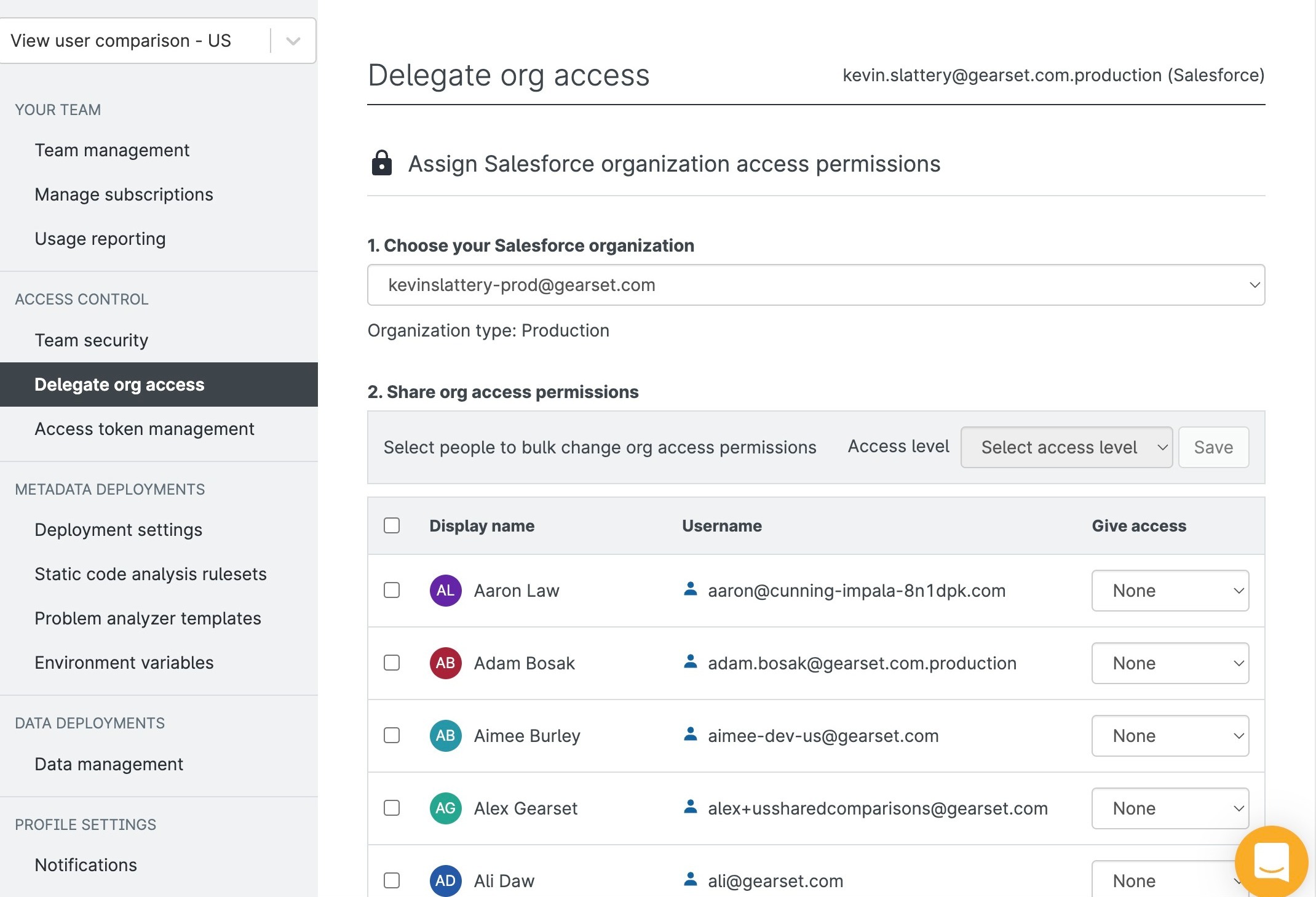 There are 4 levels of permission to an org that can be delegated to a user. In order of maximum level to minimum they are:

It is not currently possible to delegate access to Git repositories in Gearset.

The table below is an overview of the permissions a user needs to perform certain actions in Gearset. 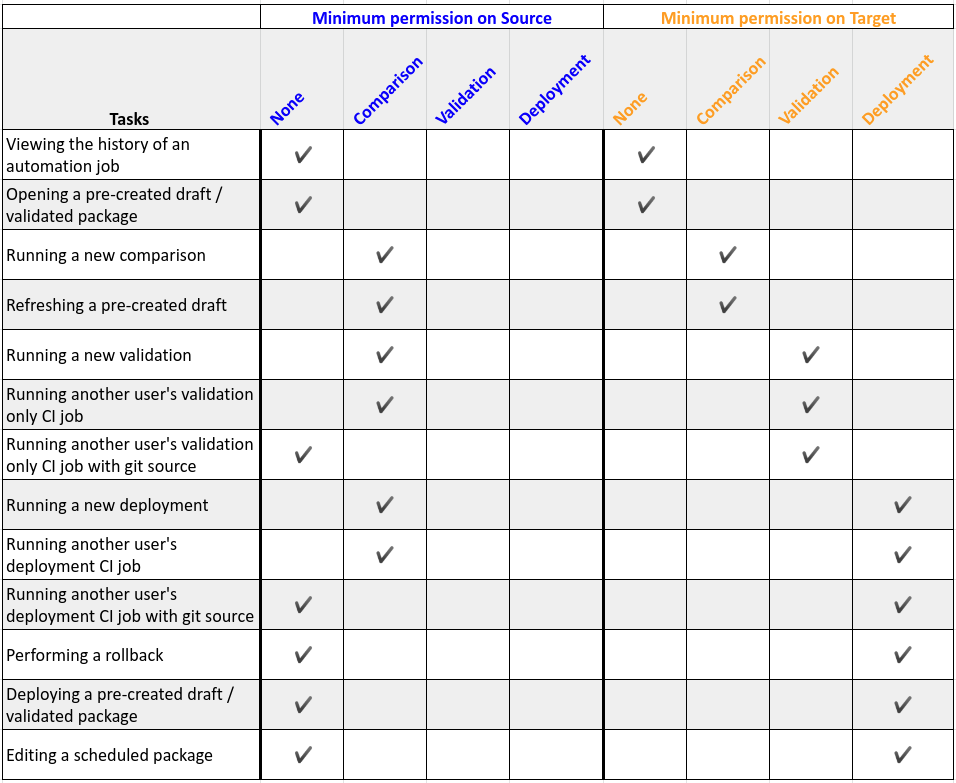 In general, as long as a team member has comparison level access to the source org, the access level to the target org is what generally controls the ability to deploy, run, or refresh the job or comparison.

For the purposes of the table above, users have the None level of access to any Git connections that they do not own themselves.

For CI jobs which have git connections that Teams users do not own themselves, the access level can be considered as follows:

This means that other members of a team can open and deploy drafts and validated packages that were created from Git as a source, so long as the target is a Salesforce org and they have the requisite permissions to that org.

All team owners have the ability to edit the settings of all automation jobs (change monitoring, CI, and unit testing) as well as delete jobs. This extends to editing of the metadata filter for the job. (Editing named items in the filter requires comparison level delegated access to retrieve the items.)

Features that do not support delegated credentials

The use of delegated org credentials is not supported in Gearset's data loader, org unit testing, org change monitoring jobs or backup jobs. Users must use their own credentials to run these features.

What happens when a user leaves a team

What happens when a user moves onto a Starter subscription

The user will no longer be able to manage these credentials or change the settings while they do not have an active Teams subscription.

Any member of the team can manually revoke their access to credentials that have been shared with them through the Salesforce orgs page in the My connections section of the Gearset app.