With Gearset, comparing orgs and creating deployment packages has never been easier. But sometimes you don’t have all the changes you want to deploy ready just yet, or you want to get input from a colleague on what to include in the release. That’s where draft deployments come in.

Save as you go

With draft deployments, you can begin adding components to your deployment package, save your progress, and return to it at a later date. Drafts can be updated multiple times until you’ve added everything you want. You can even refresh your comparison to change your metadata filter part-way through, although this will refresh will only allow you to save another draft, rather than saving over your saved draft.

Once you’ve got all the components you want, proceed with the deployment as usual to release your changes.

Team members can use draft deployments to collaboratively build deployment packages. Once you’ve made your changes, simply save your draft.

Team members share draft deployments, so one of your team can then jump in and add their own components. When the package is complete and everyone’s work has been included, you can validate the package and deploy the release, or schedule it for automatic deployment at a later time.

Note that to refresh a team member's comparison filter, you will need to have at least comparison level access delegated to you for both the source and target. If a team member is no longer in the same Gearset team, you will not be able to load the draft that the team member created with the orgs he or she owned. More information on delegating permissions can be found here.

How to save a draft deployment 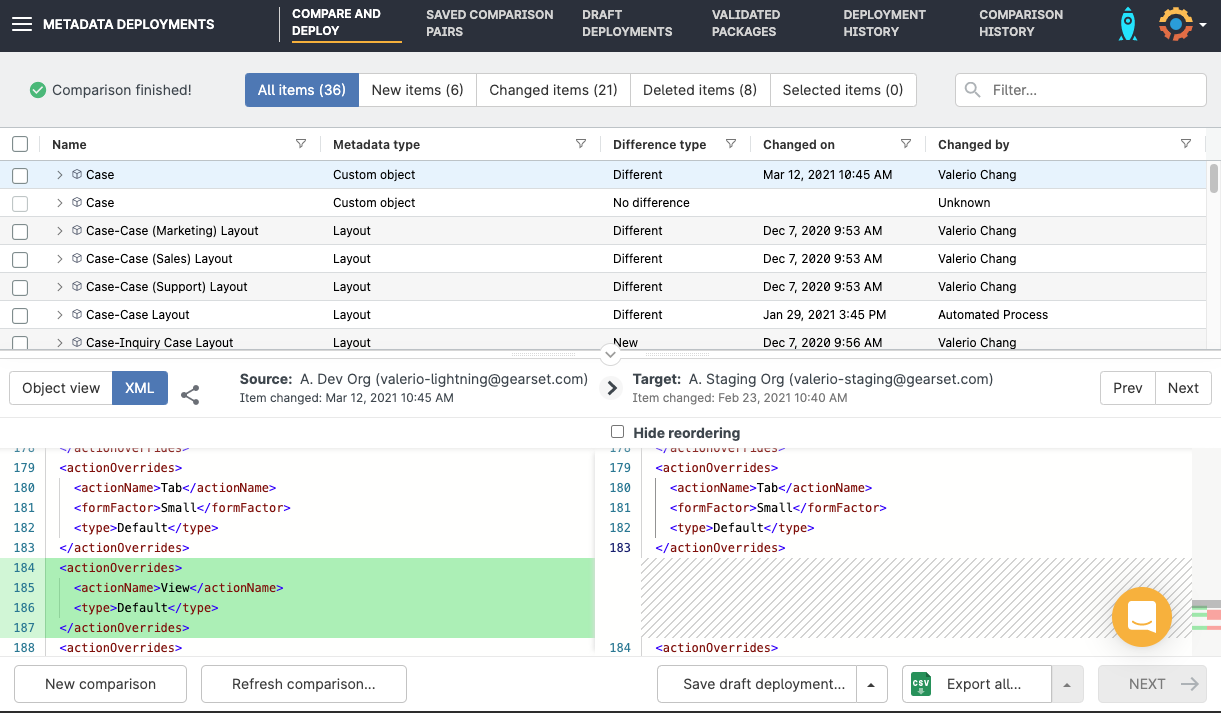 How to edit a saved draft deployment

How to collaborate on a team member's draft deployment

How to clone a draft deployment

You can clone draft deployments to quickly reselect the same components, or to build a slightly different deployment package. (This is a feature available in our Teams & Enterprise licenses).

By default, the draft deployment history will display drafts created in the last 10 days. You can change this filter view by clicking on the date range to the right of the filter box.