Written by Alex Walter
Updated over a week ago

Changes to Custom Metadata types will not be shown in the New/Changed/Deleted within your backup job, but you will be able to see changes if you Compare and restore metadata for a backup run previous to any changes. 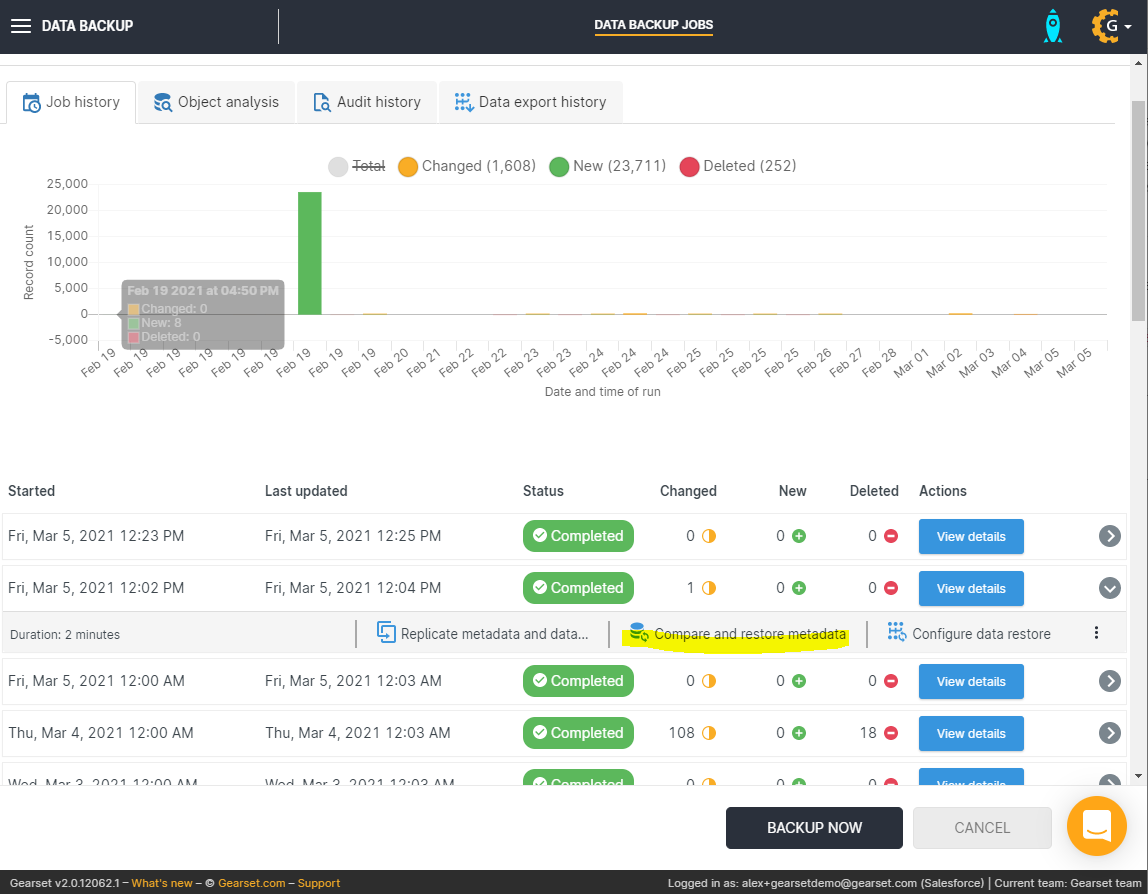 If you would like to see the details of the changes and be notified of them, we recommend that you set up a Monitoring job for the Custom metadata (details below).

I have a Custom metadata type called DemoType which has two fields: a text label DemoGroup and a checkbox IsPublic: 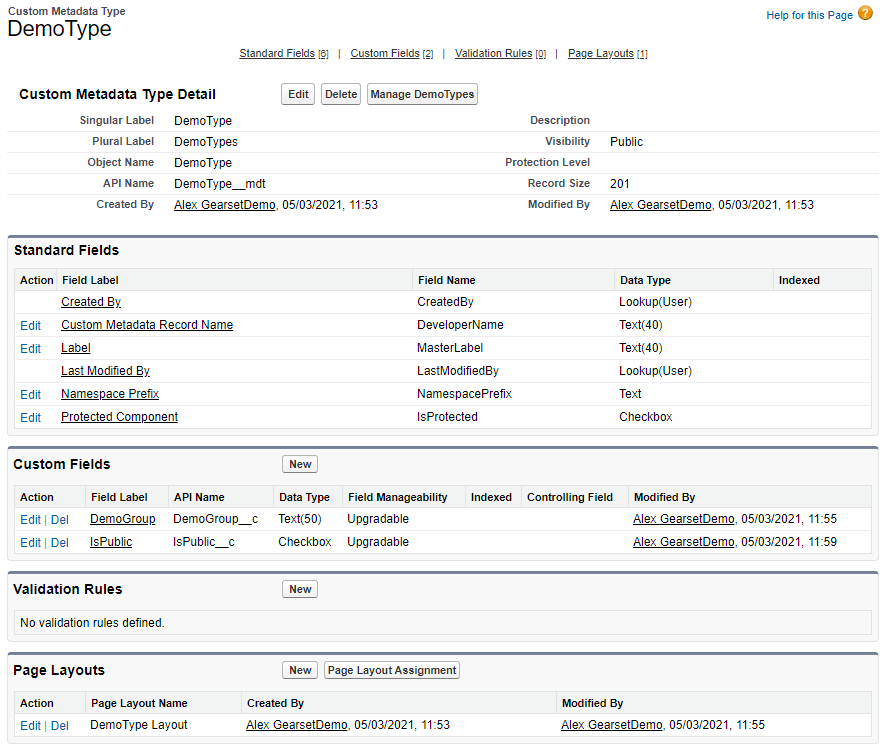 There are some changes made:

- The WebinarDemo type was deleted

I then run my data backup job, but no changes are picked up. However, if I click on Compare and restore metadata for the backup run before this change happened:

This will run a comparison of the metadata for with the backup run before the changes occurred and I can see it picked up:

- The change for Internal Dev Demo 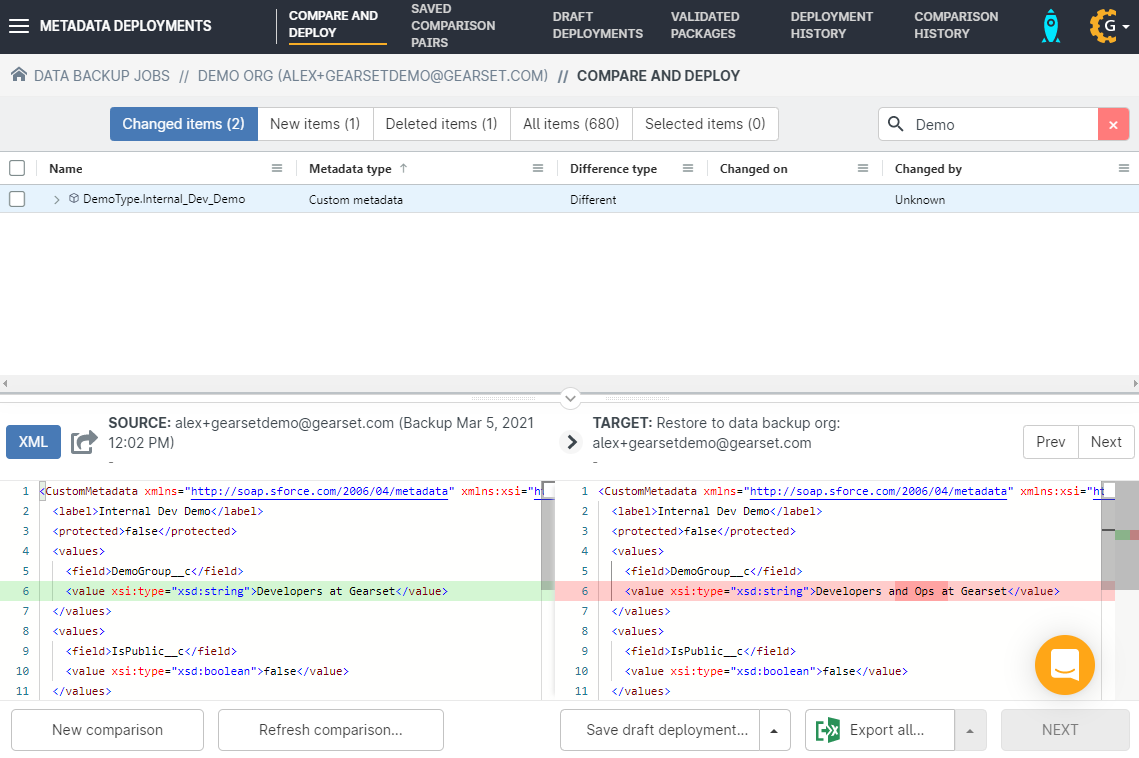 - The deleted WebinarDemo which exists in the backup, but does not exist in the org, so is shown in New items 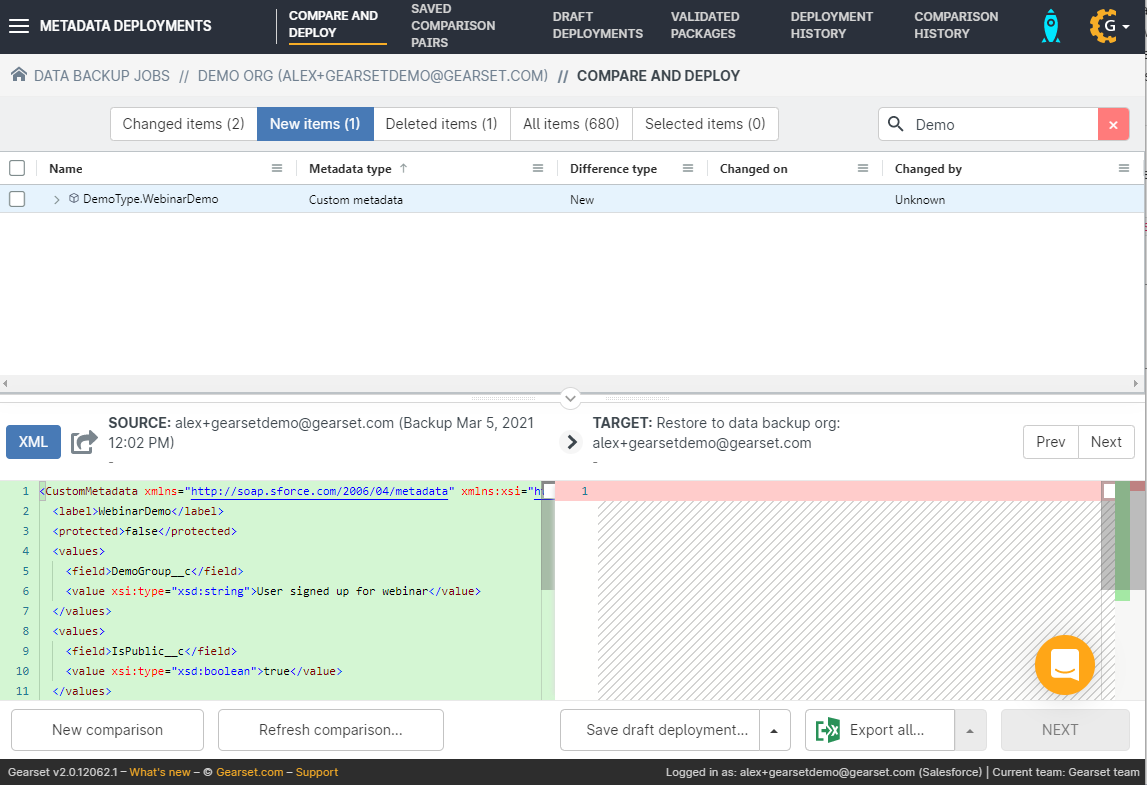 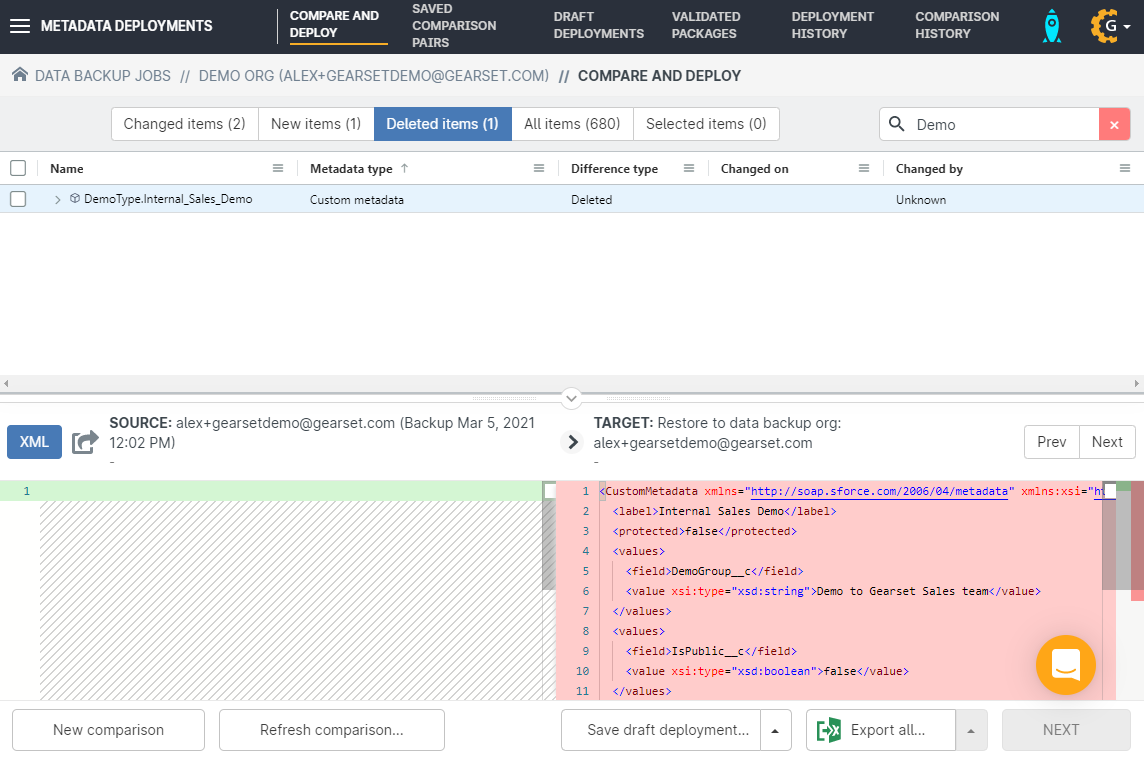 If I want to restore the WebinarDemo , I select the item and click next:

I can then add some notes and deploy this back to the org: 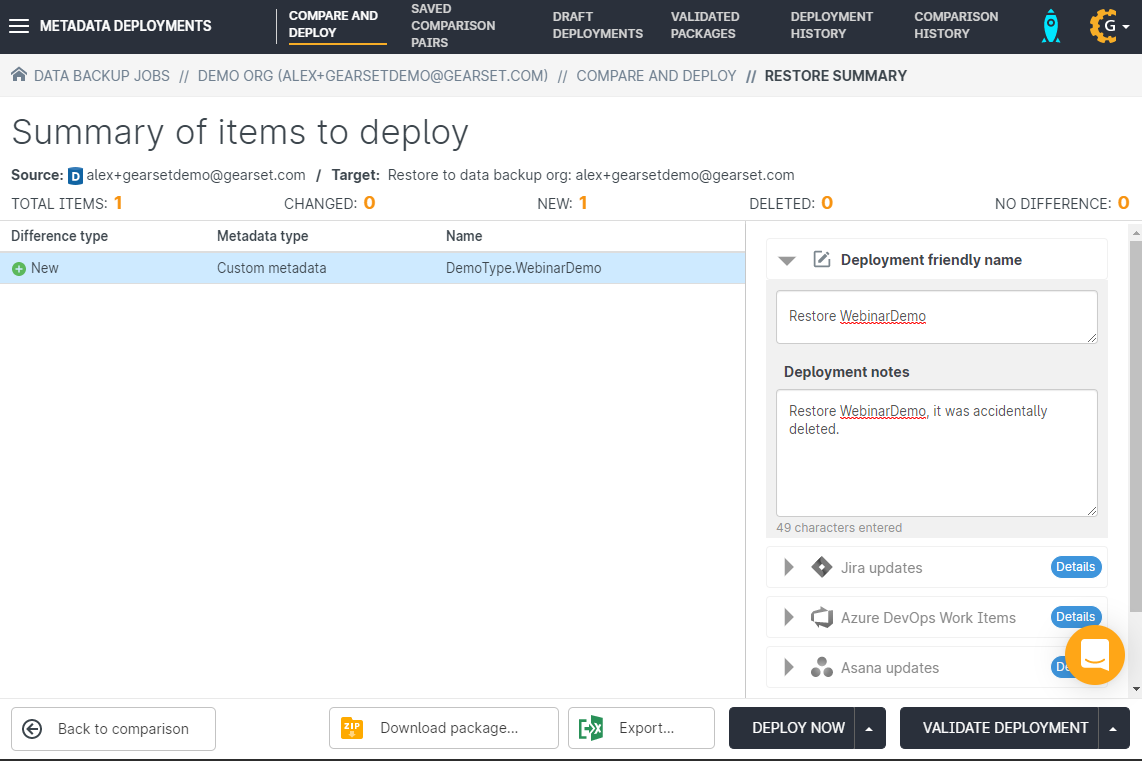 Once you click Deploy Now we will push the change to your org. Once deployed it will show you the results: 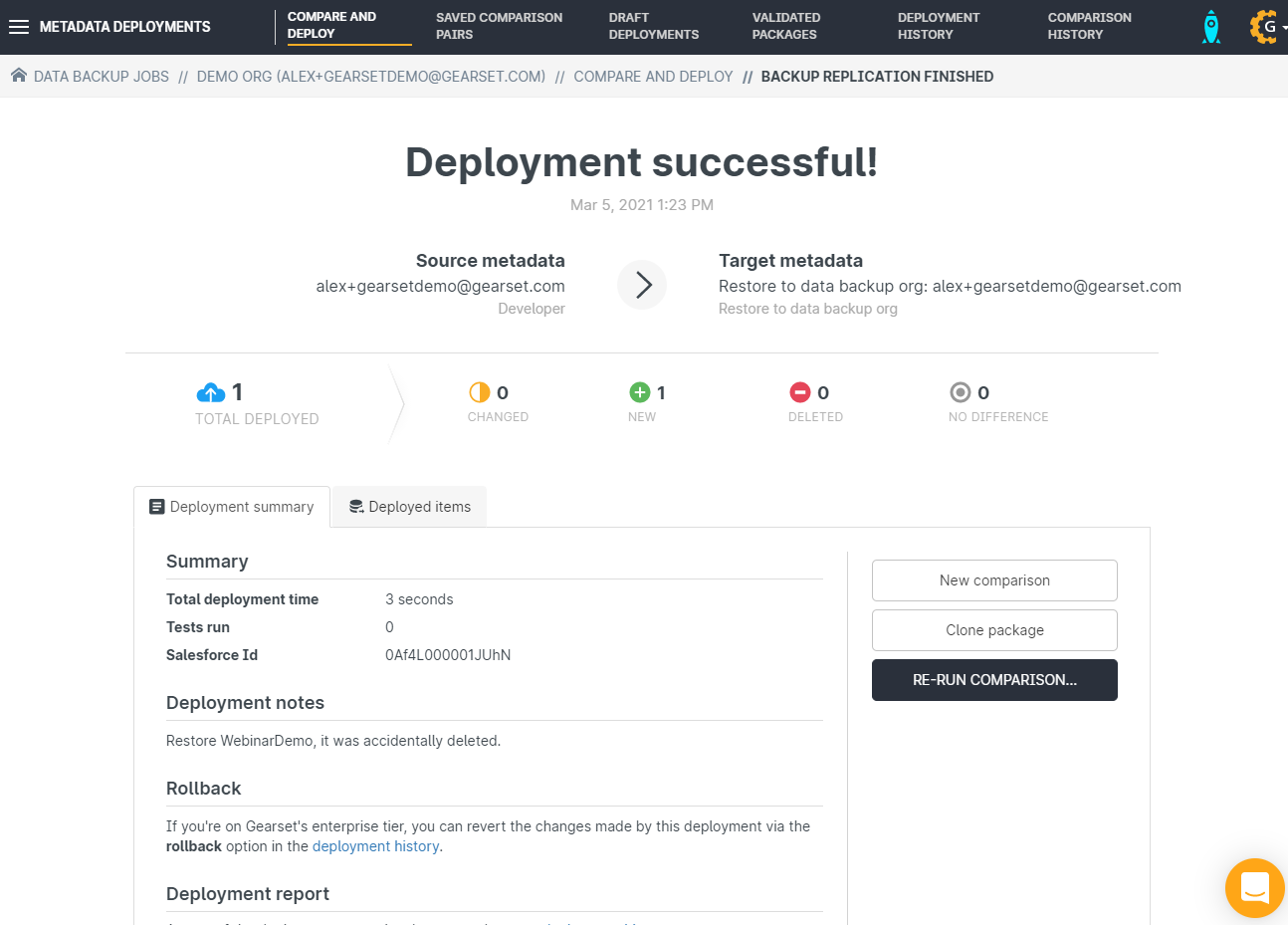 Finally, the deleted type WebinarDemo is restored back to your salesforce org:

The recommended way of monitoring changes for metadata like Custom metadata types is to set up a Monitoring job in Gearset. Go to https://app.gearset.com/change-alerts or Monitoring in the side bar, under Automation: 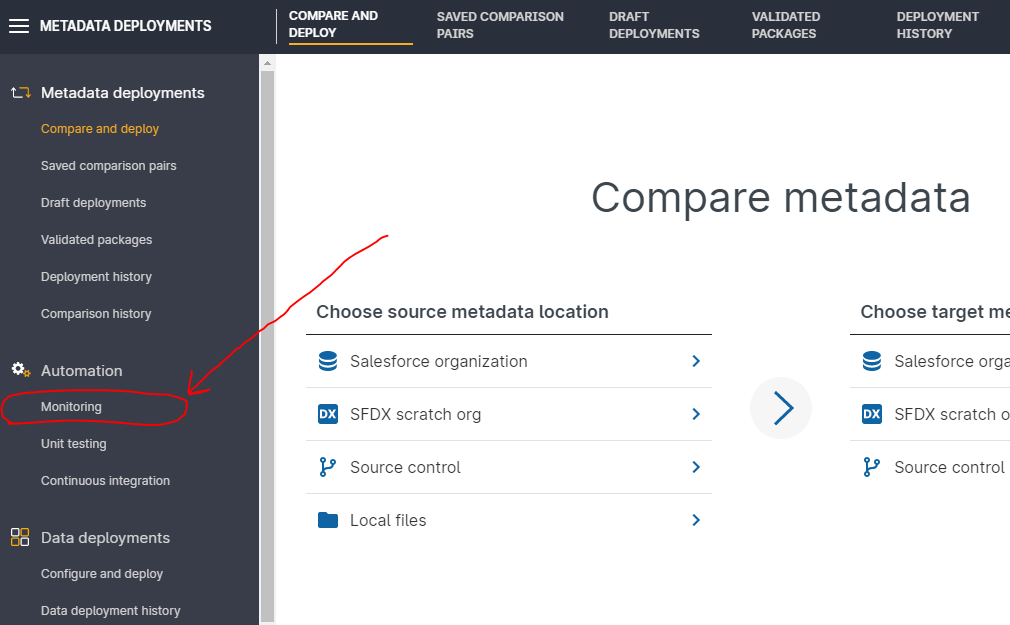 Click ADD NEW JOB... to bring up the dialog. We can select Custom metadata in the Metadata filter: 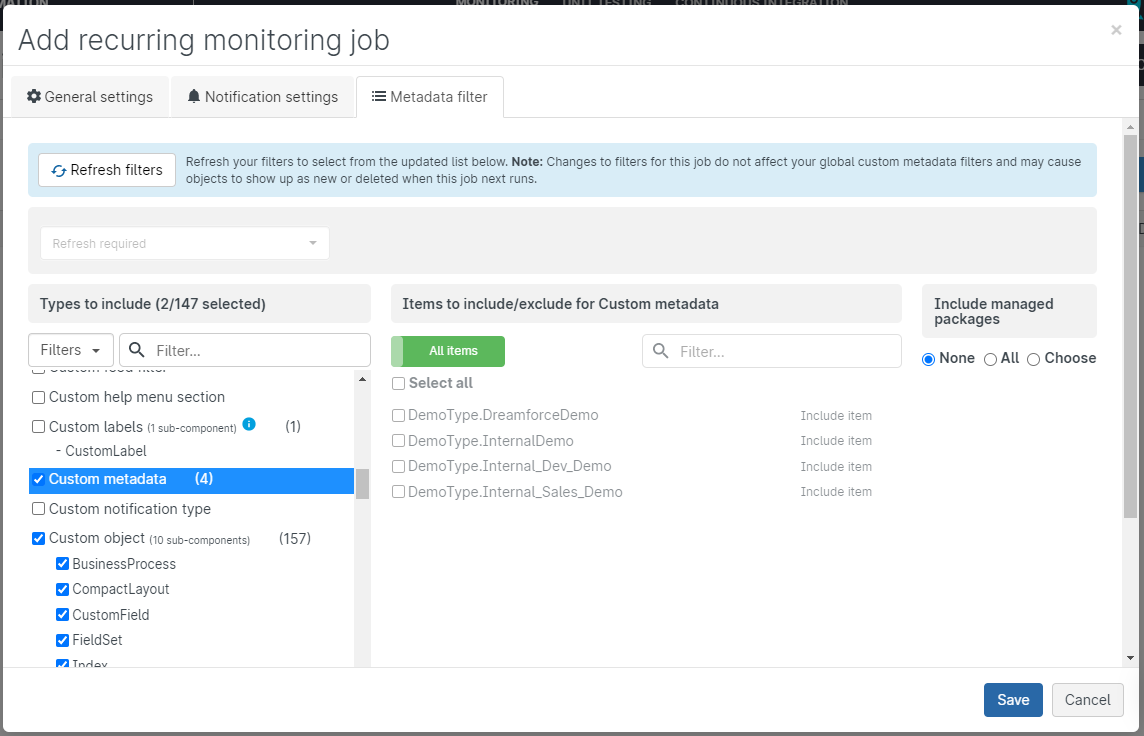 Using the same example as above, we note that the changes to the DemoType is picked up as "Different":

If we View History we can see the changes made are picked up as Changed / New / Deleted items:

We can View Comparison to see more details:

- We see the change to Internal Dev Demo under Changed Items 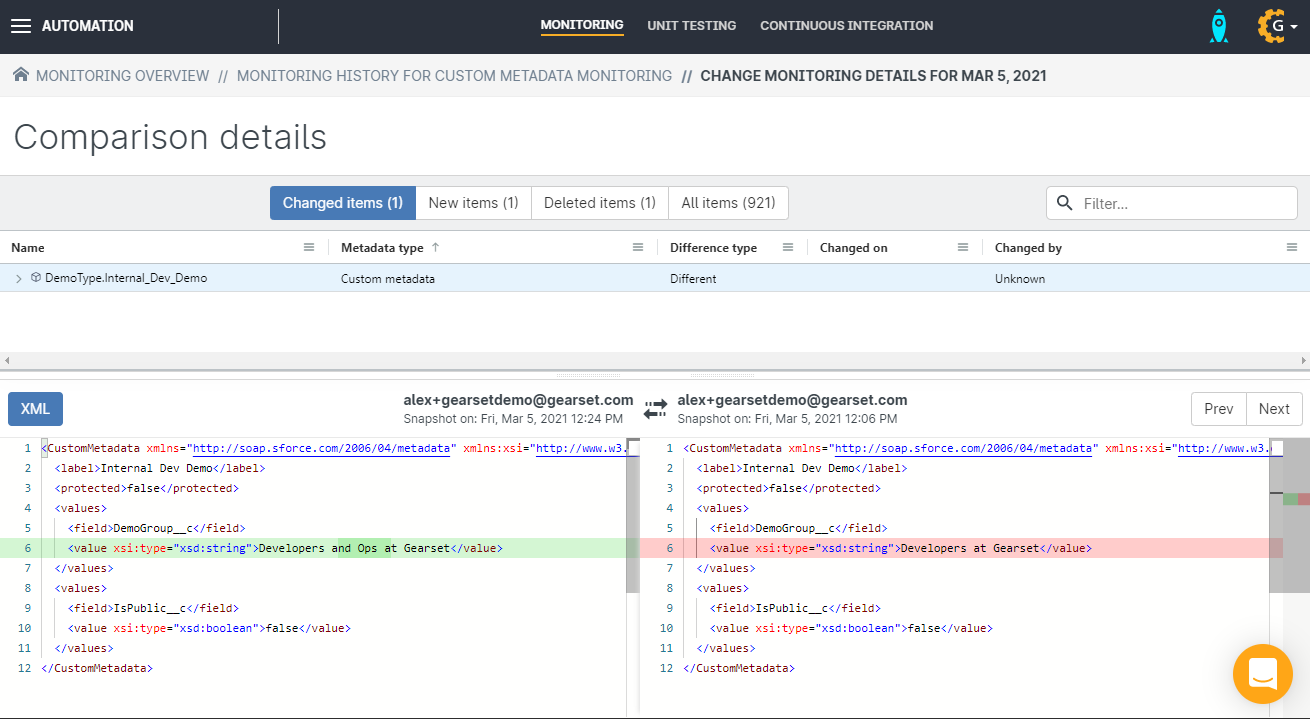 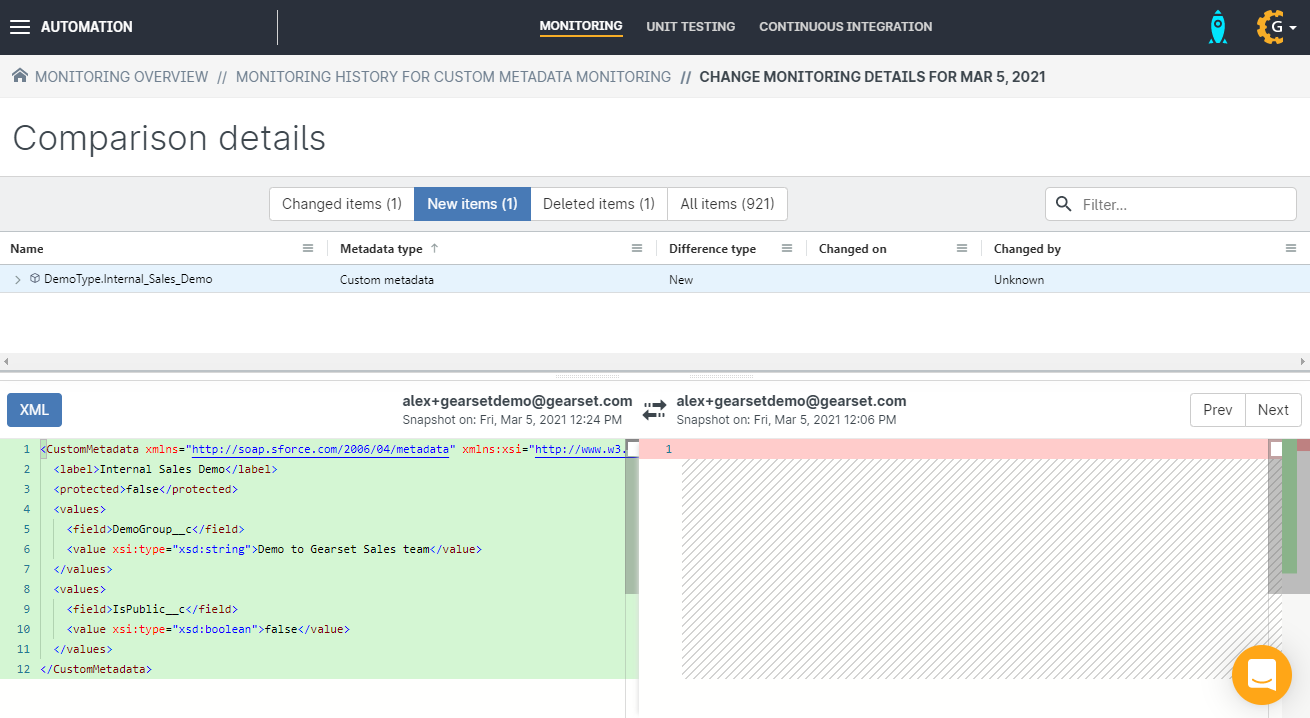 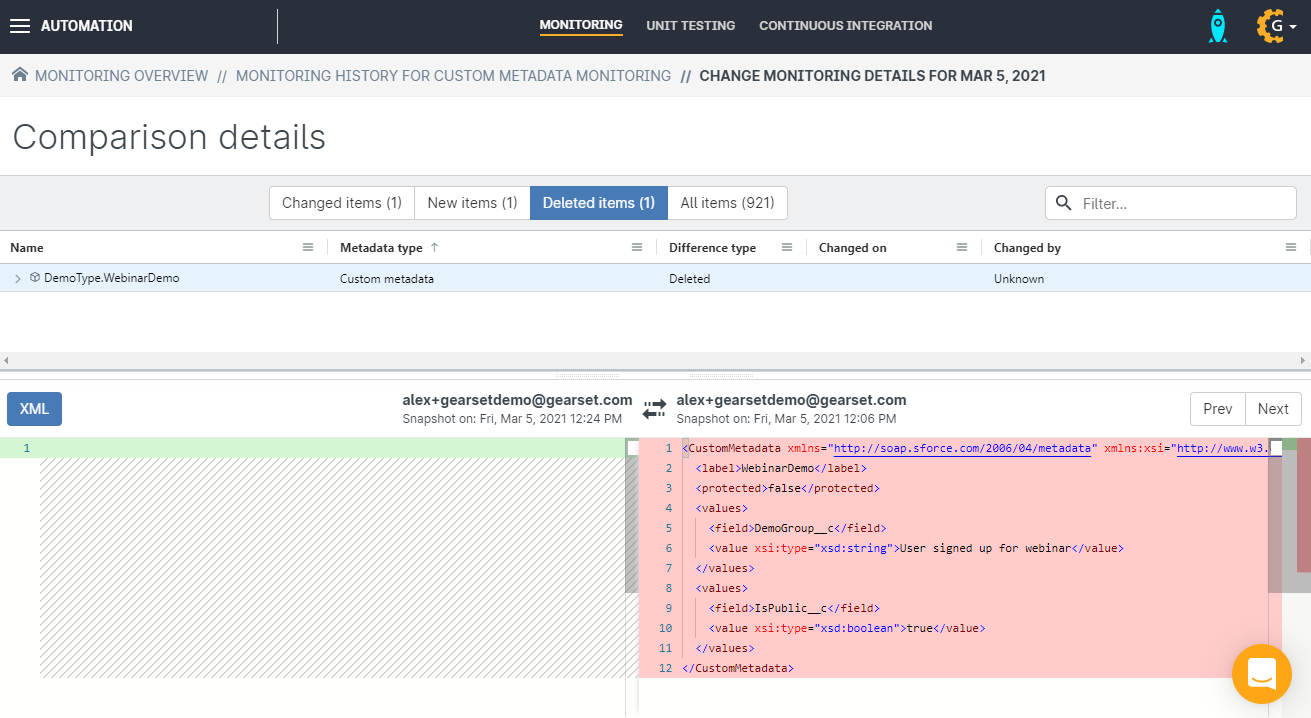 This will then start a comparison with the saved Metadata backup and your org: 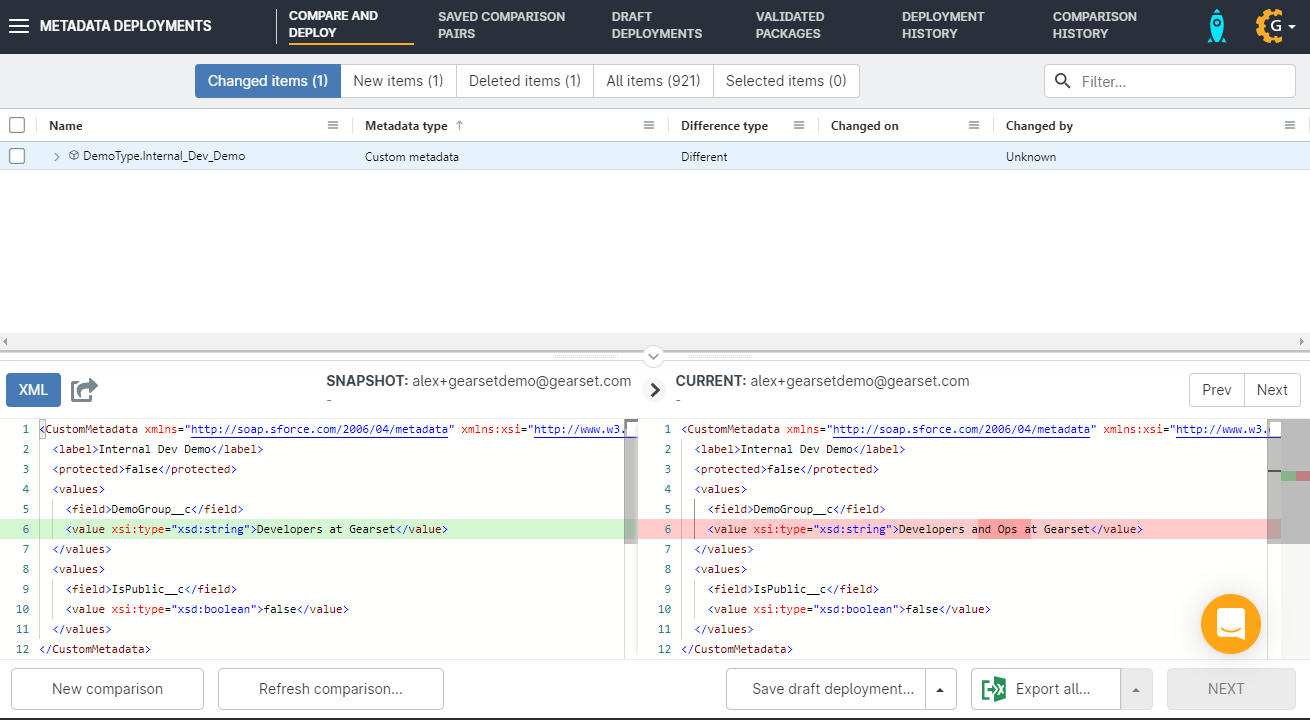 You can then deploy any changes back to your org in the same way as described above.

If you have any further questions, get in contact with the team via the chat!