Synchronize your source and target's data packs with a few clicks

Select the changes you want to include, and click NEXT. 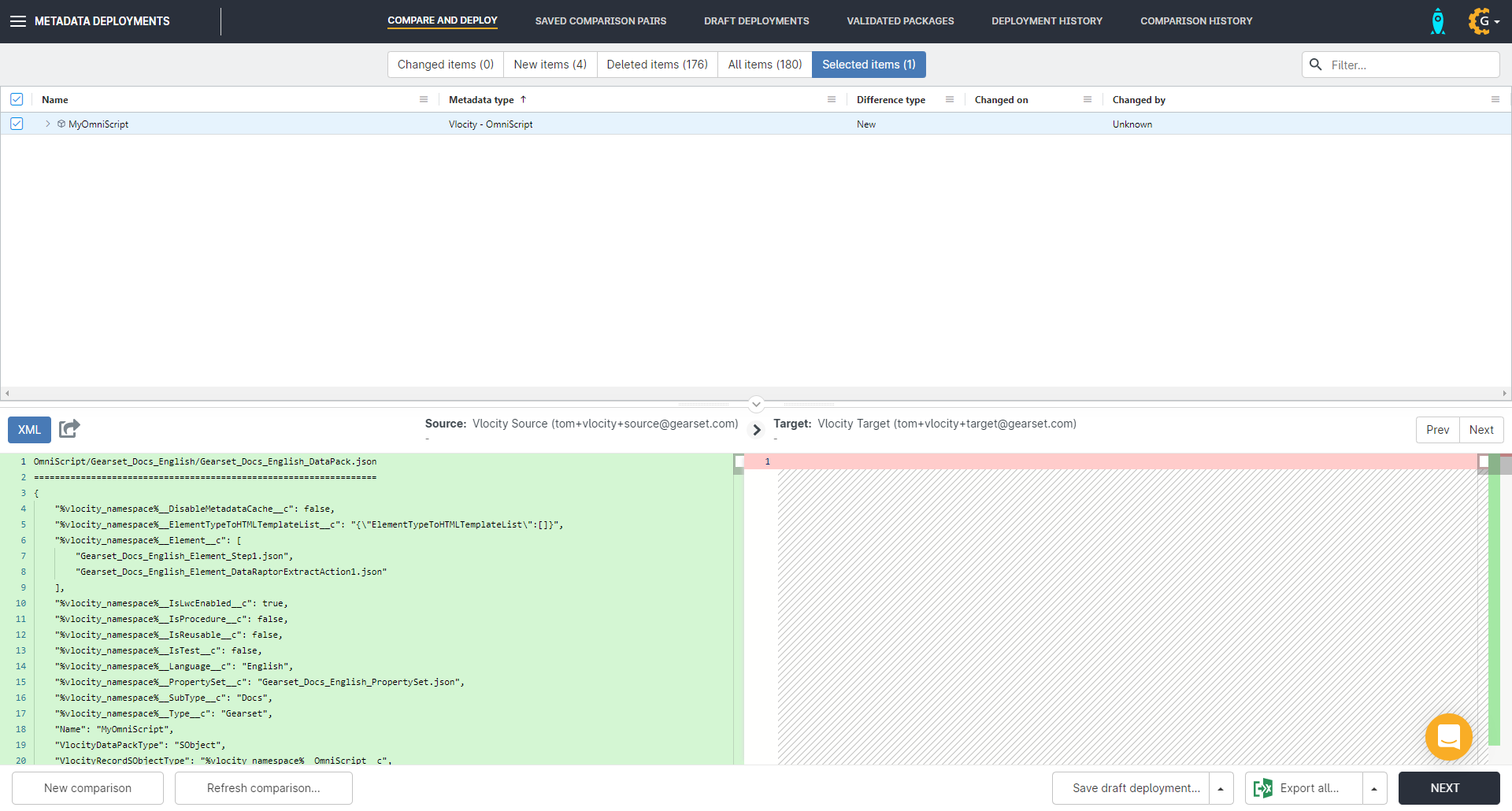 Deleted data packs can't be deployed to a Salesforce org, but leaving them unused in your org shouldn't cause any problems. Vlocity data packs can only be deleted manually in an org. 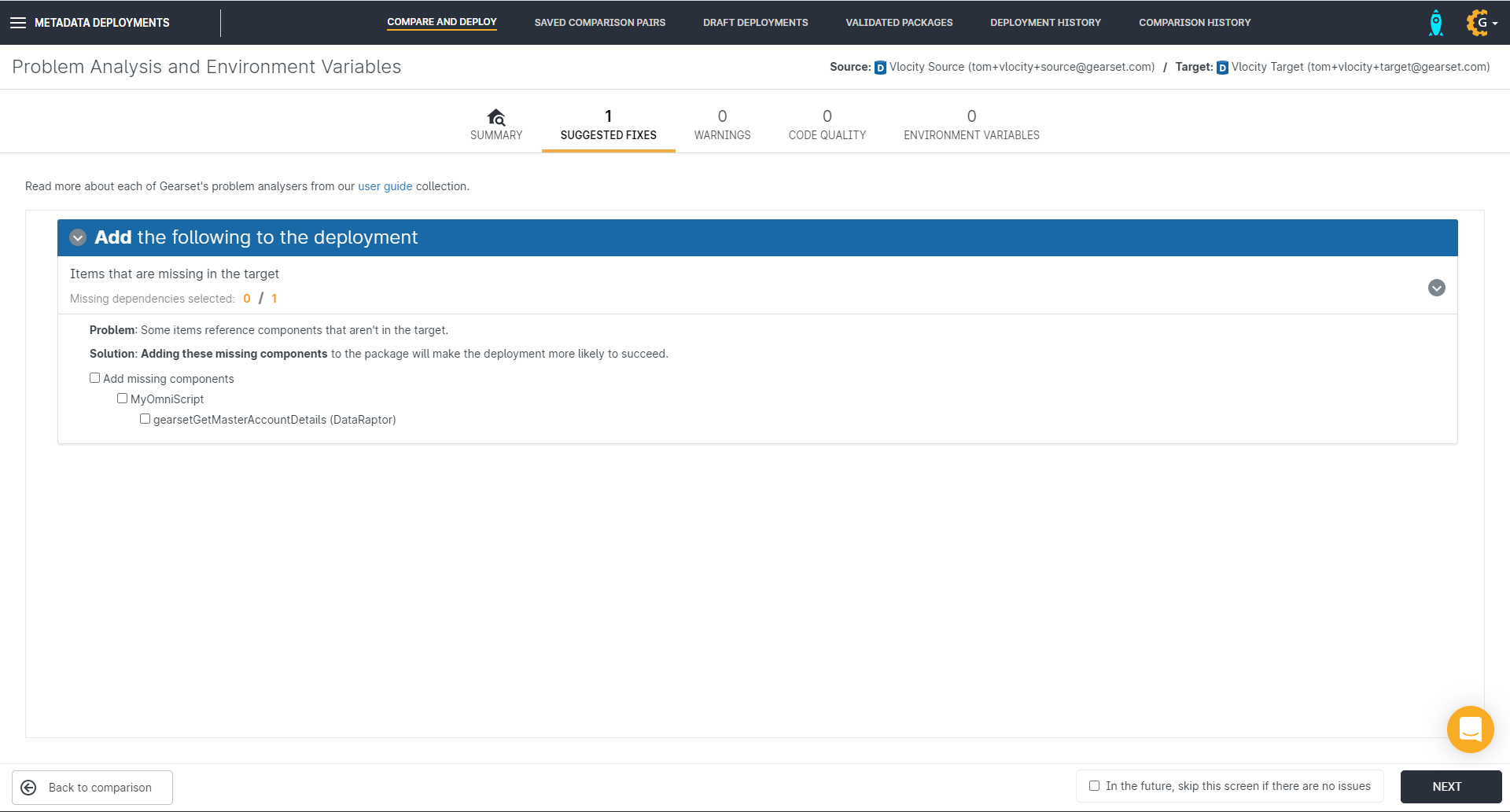 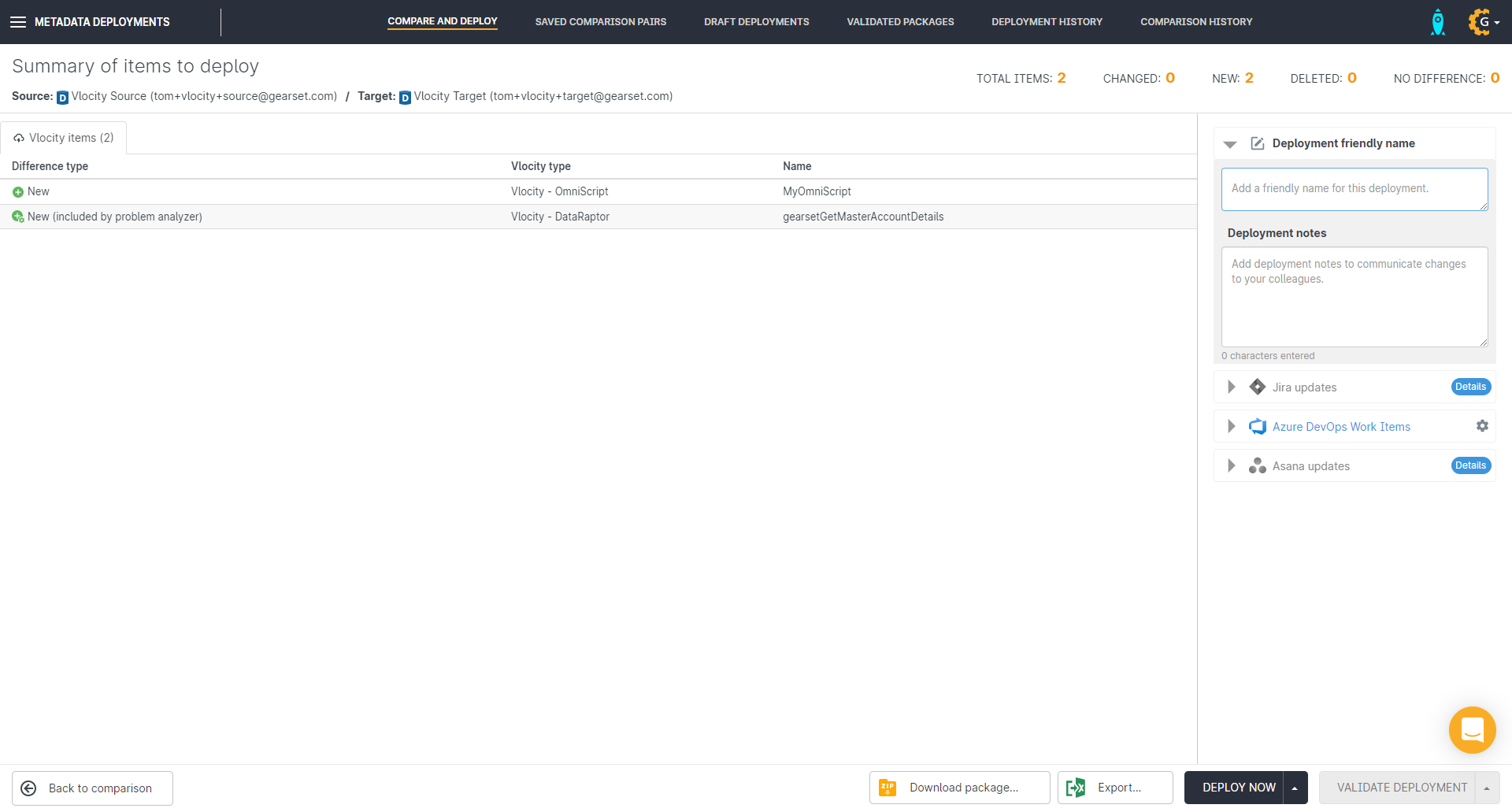 Click DEPLOY NOW to deploy the changes to your target org. 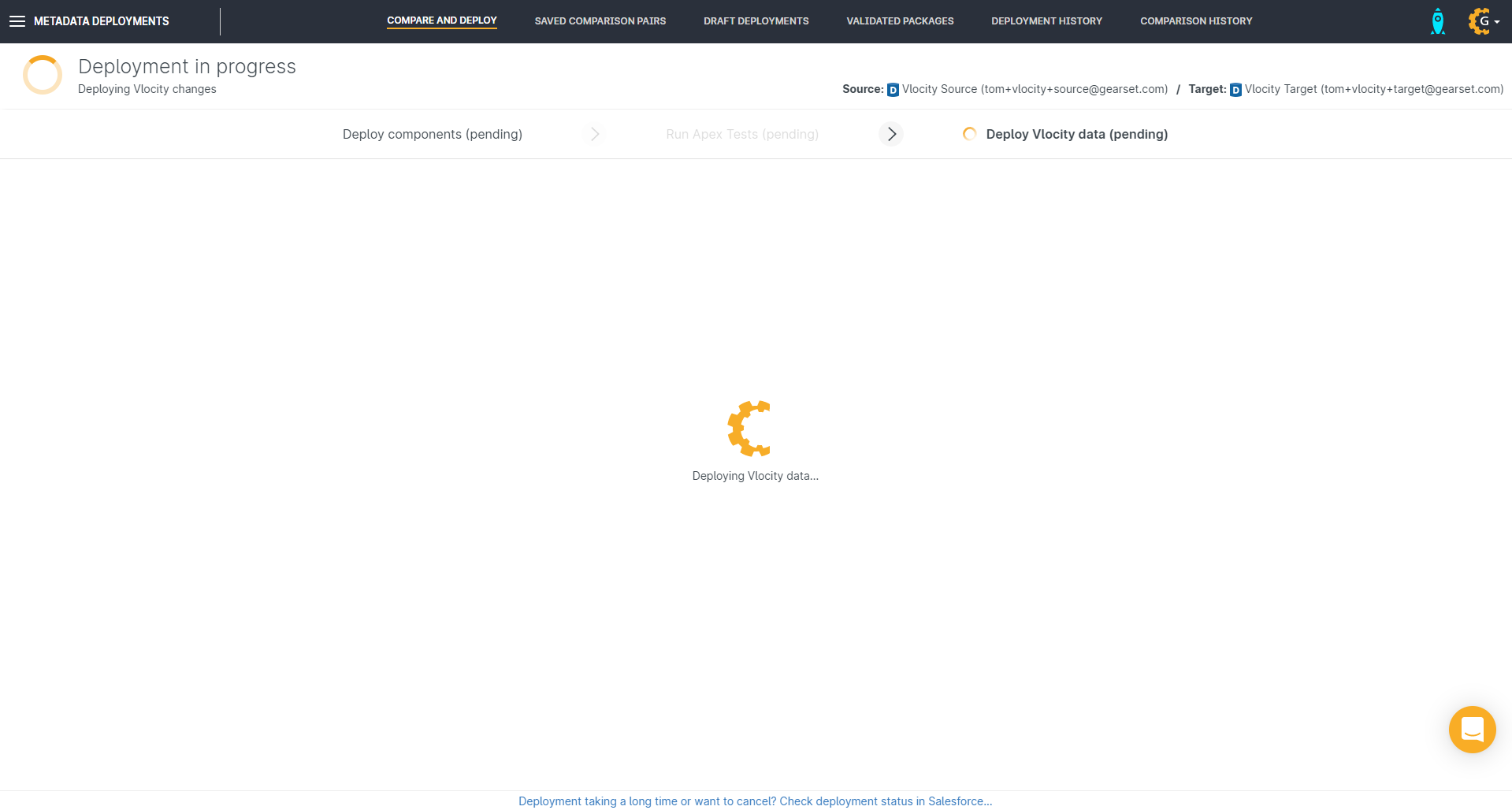 When the deployment finishes, you'll see a summary of what's been deployed. Gearset will activate any data packs you’ve deployed, such as OmniScripts or Flex Cards. This activation happens after the deployment, so it may take a few minutes for the data packs to become active in your target. 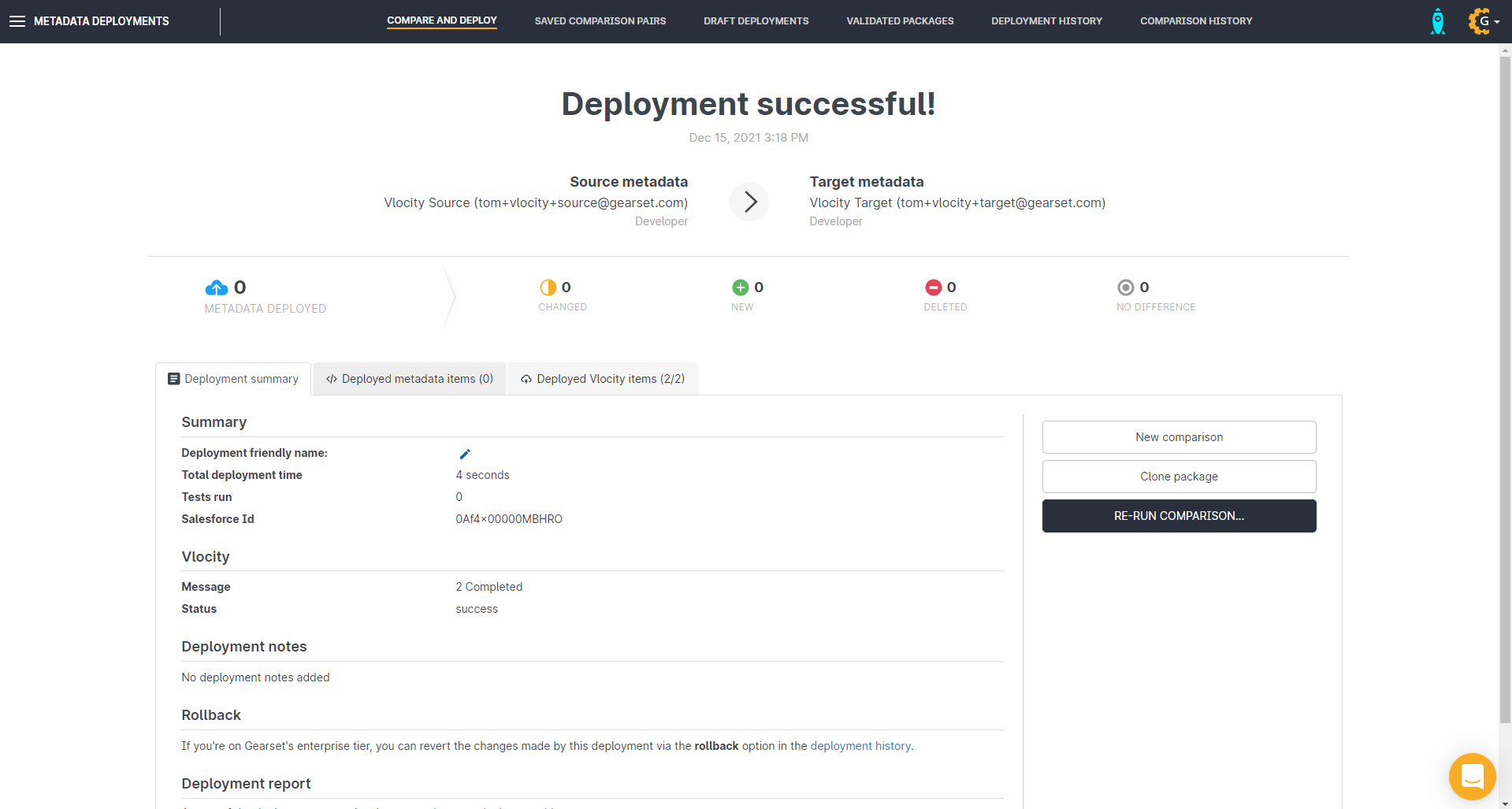 Learn more about how to deploy Salesforce metadata changes and Vlocity data packs at the same time.