Which metadata differences are the same between different Gearset comparisons

In delta CI, combining and cloning packages a second comparison is run.

When we do this, there are metadata items with distinct difference types that we treat as the same change that users want to identify as the same.

The behavior is different for different metadata types:

Note that these behaviours have changed in December 2021 so previous runs may have a slightly different results.

For profile and permissions the difference type is independent (so a changed permission and a new permission for the same field is considered the same) except for the deleted type. Parent profile changes and child permissions changes are not equivalent.

Imagine you have a git to git comparison that shows a field permission A as New. 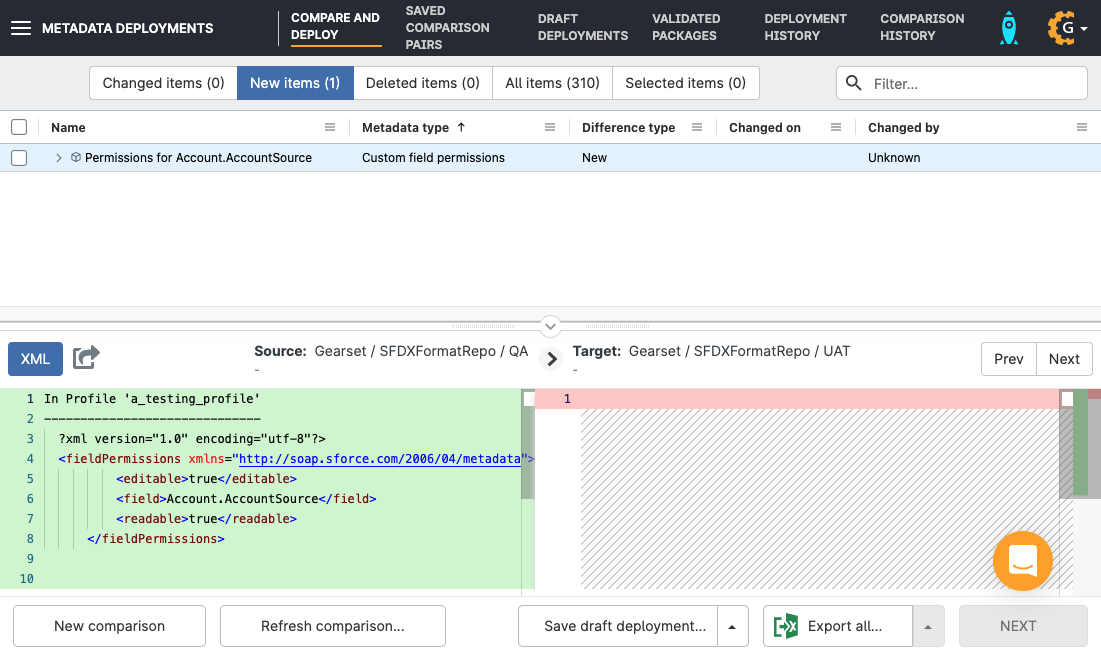 When cloning the package you choose a git to org environment to compare, and this results in a field permission A showing up as Different (this can happen if the field permission already exists in the target org). 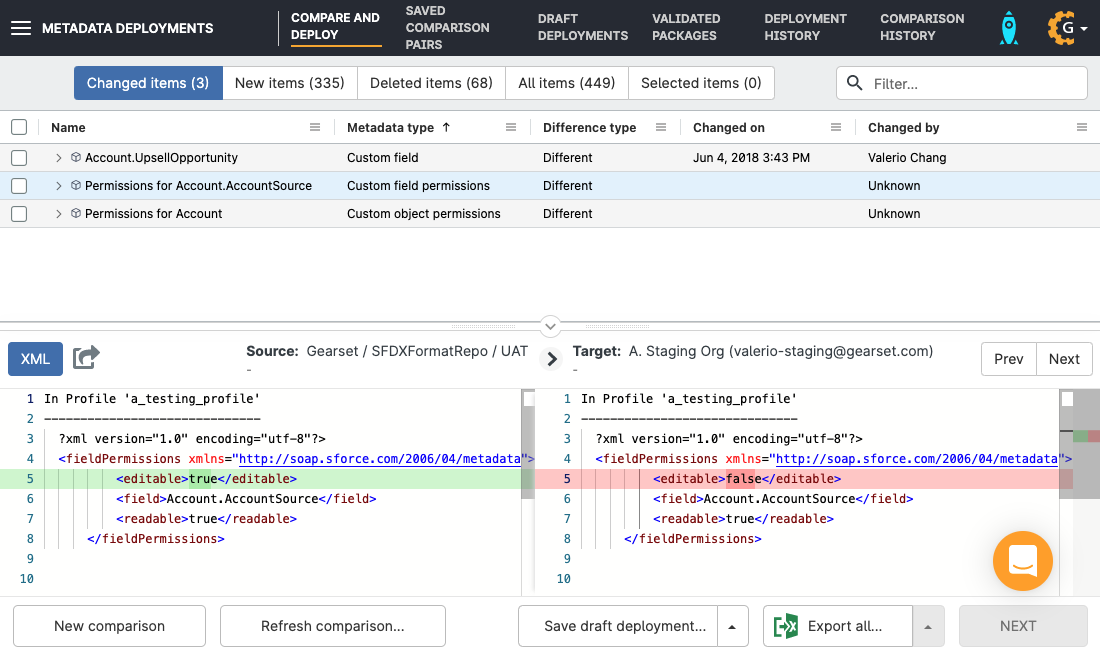 In this case this field permission A from the second comparison will get included for deployment, even though the difference type are distinct (New versus Different)

For reference, here are the subcomponents type of custom object:

If the custom field is New in the original comparison and Different in the next comparison, it will still be selected for deployment in the second comparison.

If the Custom object is New in the original comparison, but Different in the next comparison, it will still be selected for deployment in the second comparison.