Alternative error: "An unknown error occurred while logging in. Re-authorizing the org may help"

This issue affected your ability to run comparisons, run automated jobs, and re-authorise orgs against Sandbox orgs (that authenticate against test.salesforce.com). If you logged into Gearset using a sandbox, you may have been unable to log in. Production and developer orgs do not seem to be affected.

When you attempted to log in, compare, deploy or connect to a sandbox org, you may have seen an error message in Gearset: 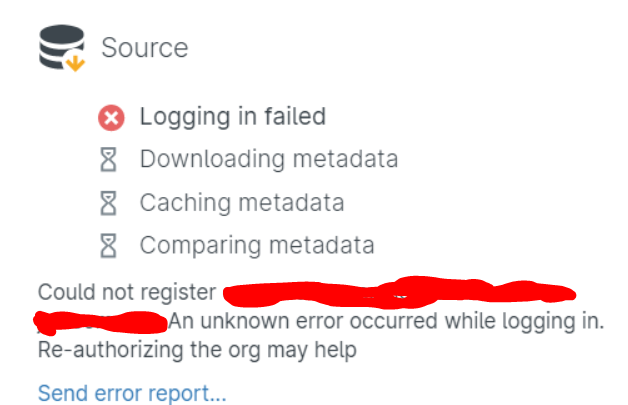 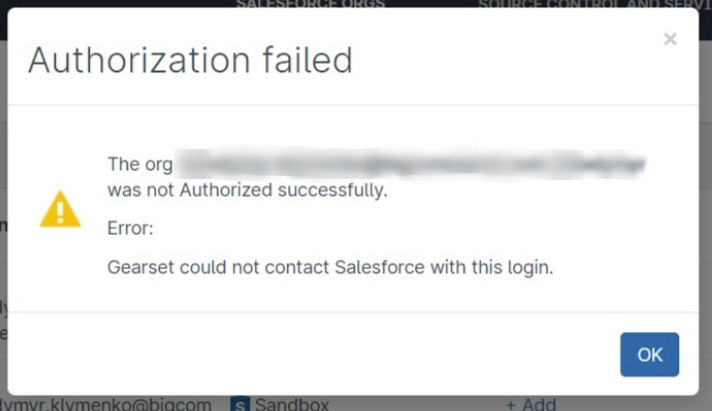 This problem also manifested in automated jobs, such as CI jobs and change monitoring, and when attempting to promote validated packages: 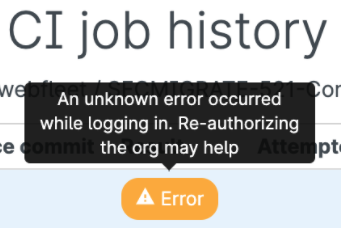 Some users were able to replicate the issue when accessing Workbench with the sandbox login (if you are based in Europe), which is using the same API to access the Salesforce authentication service. Other services based in Europe which connect to sandbox orgs were also affected. 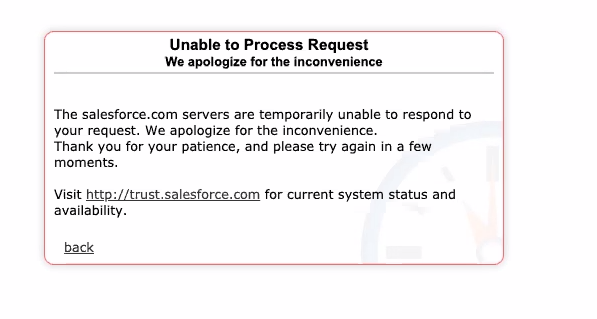 The issue has now been resolved by Salesforce.

This was not a Gearset issue, and affected customer logins and any other tools which initiate requests from Europe.

We worked closely with Salesforce to determine the cause and find a resolution.

Salesforce acknowledged this issue with their OAuth service in https://status.salesforce.com/incidents/5284. 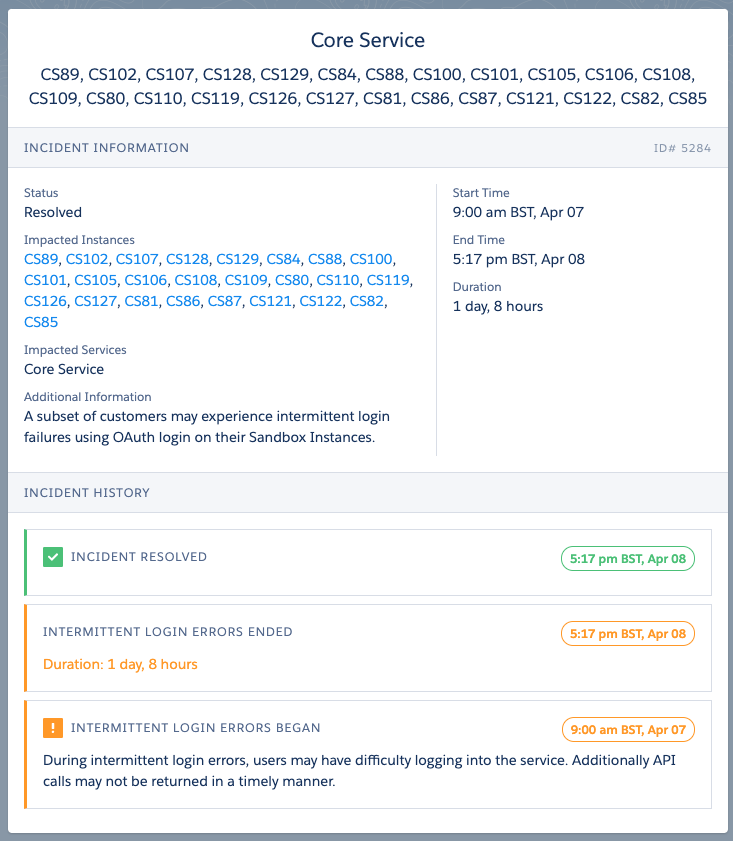