A flow is an application that automates a business process; they gather information and use it to do something in your Salesforce org. Flows are one of the many tools on the Salesforce platform that have been developed to assist an existing business process. Flows are complex, can be built declaratively and can be used for a behind the scenes automated process or a guided visual experience.

To learn more about developing flows, there is a Salesforce Trailhead module here, which can get you started learning the basics, or provide a refresher.

There are a few pieces of terminology used to refer to flows, but these are the official Salesforce terms:

There is also the (as yet not officially documented) FlowAccesses metadata. After it was brought to our attention we wrote up a blog post here in order to help users who were finding this mysterious new metadata in their comparisons.

There are still a lot of questions we have about the FlowAccesses metadata type, but until Salesforce officially releases something explaining it, this is the basis we're working on.

What do you need to include in your metadata filter to see flows in your comparison?

As we know, flows are automated processes that can query and update other parts of your org. So as well as the Flow and Flow category metadata types you should also include the Custom object metadata that the flow depends on. 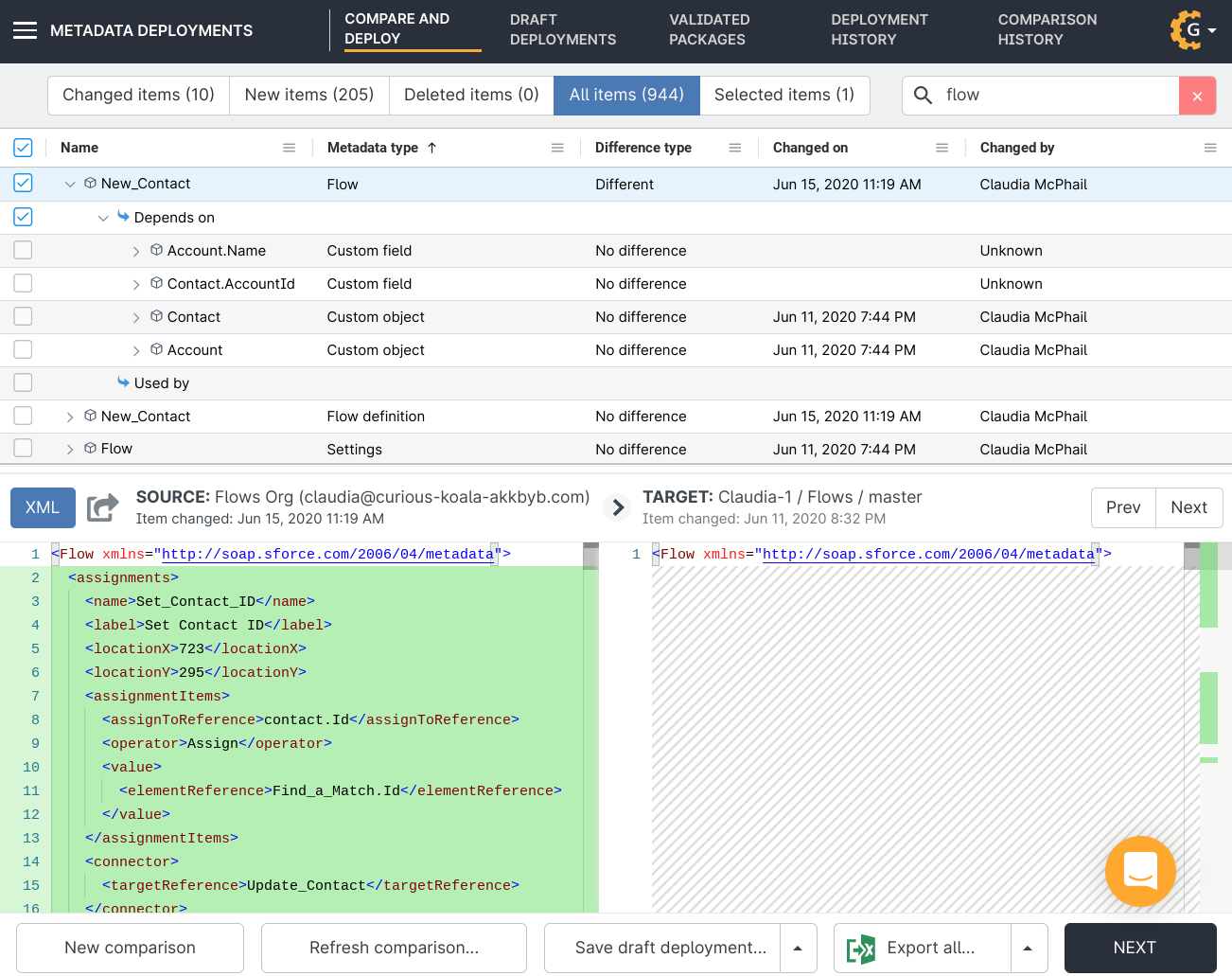 How to deploy a new flow

To deploy a new flow, you need to find the metadata in the comparison results and select it. 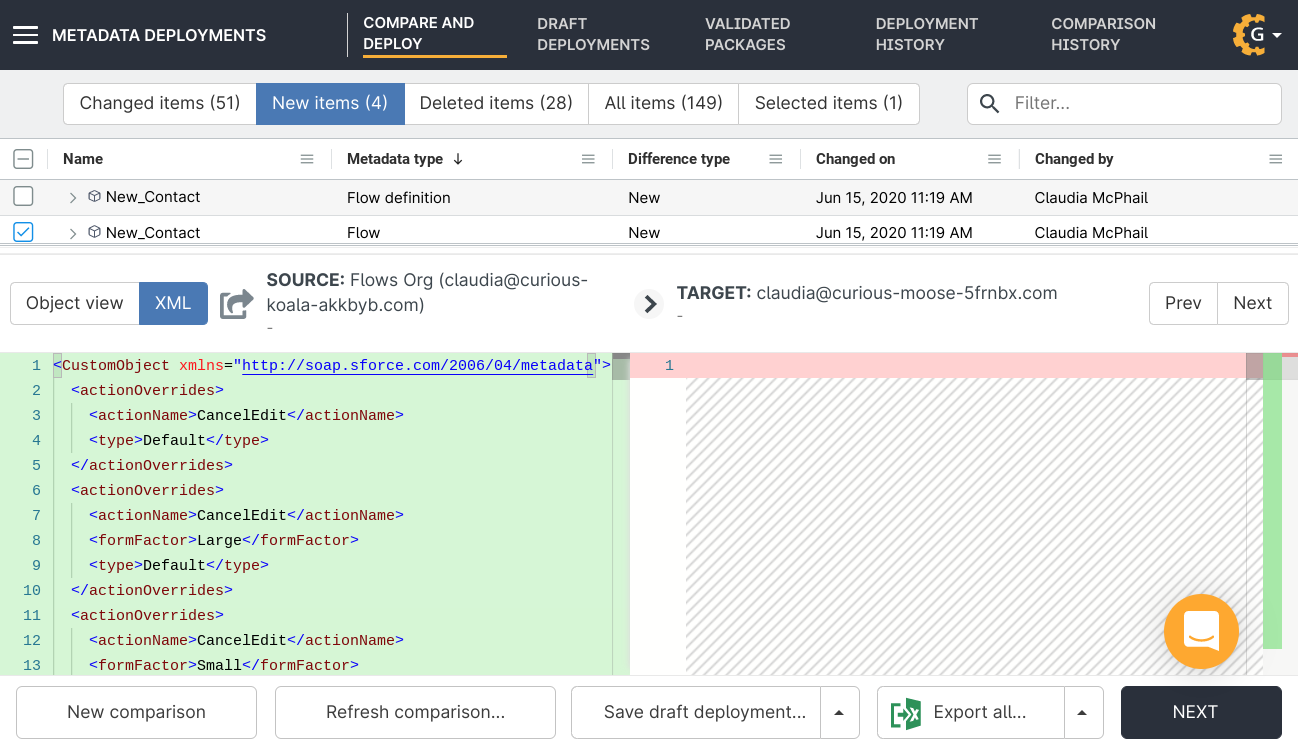 Because flows are a metadata type that depend on the rest of the org, if there are significant differences between the source and target, they may fail validation. However, this also means that validation errors related to flows can be resolved by making another deployment to resolve the differences between the two environments, and then deploying the flow in a second smaller deployment.

For example, if the flow depends on custom objects or fields that exist in the source and not the target, you should deploy these first, to avoid validation errors.

What needs to be present in your target environment for a flow deployment to be successful?

Gearset has the ability to map dependencies of metadata in a way that makes them clearly visible in your comparison results.

To find out what your flow depends on, you can click the dropdown arrow next to the API name, and then the drop down next to the Depends on information.

If you do not see any dependencies here it may be because your comparison filter is too restrictive. You can update your metadata selection and refresh the comparison by clicking on Refresh comparison in the bottom left of the comparison results.

Deploying a flow with multiple versions

It is common to have more versions of your flow in your source than your target, as this will have been where changes have been made and saved as new versions of the flow. Deploying a flow will transfer the latest version of the flow from the source into the target.

Can you deploy flows to a version control system?

Yes, you can deploy flows to and from your version control systems in the same way as any other metadata. Because flows are prone to validation errors, you may want to set up automatic validation of pull requests against the orgs in your CI workflow.