Simplified explanation of why additional commits may appear in your pull requests.

Written by Michael Krumwiede
Updated over a week ago

A common issue some of our customers face when using pipelines is they see unexpected differences in their pull requests. There are several reasons why these differences appear, for a detailed technical explanation of this behavior see this article. As a best practice we recommend syncing up all environments to your default base (main/master) after a release to prevent such issues.

We have introduced a feature (detailed here) that will allow you to easily sync your environment branches with your default base (main/master).

Common scenario for this issue

Environments are out of sync with source of truth branch (main/master) due to hotfix.

When a hotfix is pushed directly to main this may cause the earlier environments to become out of sync. The recommendation is to push this hotfix back through the pipeline's environments before creating a new feature branch. Any feature branch created from main will include the hotfix changes. If these changes are not in your next environment such as Integration, they will appear in the pull request. 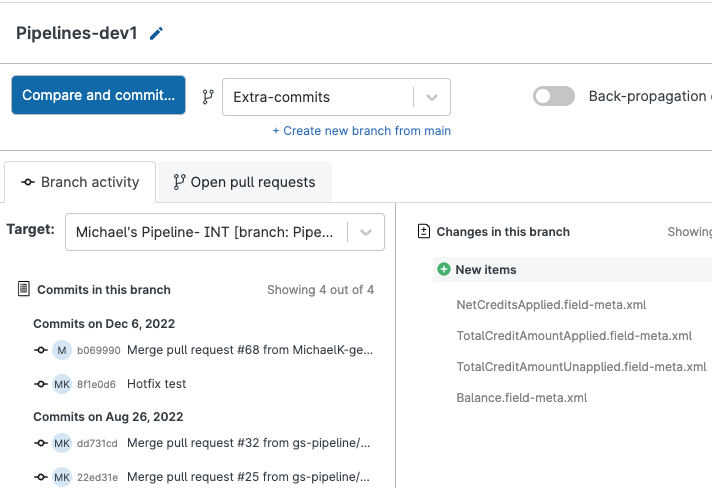 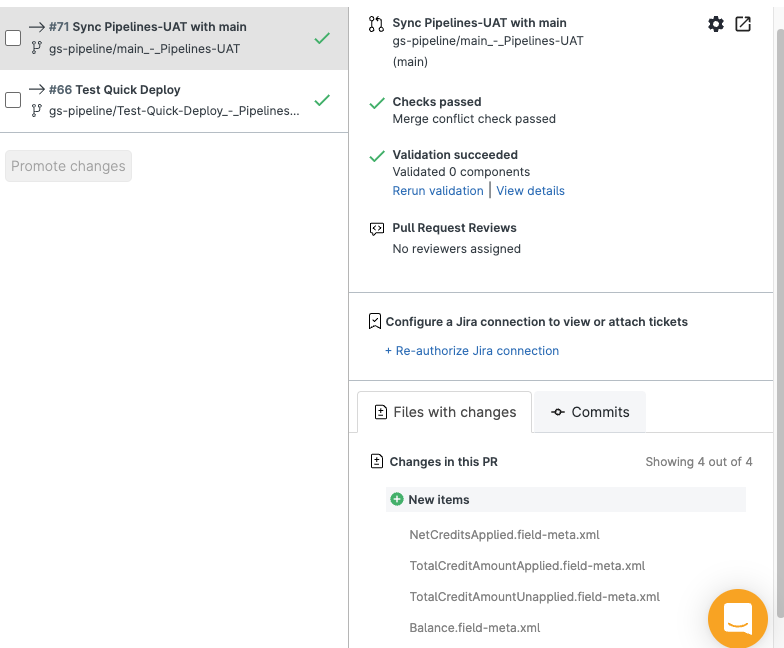 Got more questions? Get in touch

Hopefully this article will make it easier to know how to track down constituent parts of the profile object for your deployment. If you have any questions, let us know.