Documenting improvements made in June 2022

Viewing XML differences is a core part of Gearset's metadata comparison workflow. We've released a pilot feature to improve this XML difference visualization and would appreciate your feedback on it.

The designed improvement will render XML differences not simply by line difference, but also by discrete meaningful metadata portions, as specified in the API.

For example, this deletion of the layoutItems is highlighting line differences in a way that's technically correct, but isn't pointing out the layoutItems as a block of meaningful change. 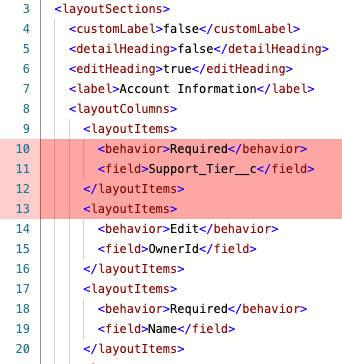 The feature is intended to improve the visualization in this way, which makes the reviewing of metadata simpler and more semantically meaningful. 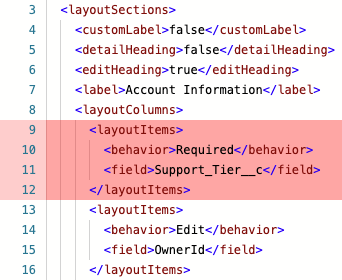 We're aware that this change may have unintended consequences that we haven't addressed yet on real metadata across the API, so we're asking for your feedback if you see something that doesn't look quite right. In that case, please use the in-app chat to talk to us!