How to compare and deploy CPQ configuration

Before you can compare and deploy any CPQ configuration with Gearset, both the source and target org CPQ and related objects must contain the Gearset external ID field. We've built a 1-click external ID setup feature to automatically add the external ID field for you.

Running the Gearset external ID setup on your Salesforce orgs

To launch the external ID setup process, visit your Salesforce connections page and for each org that you want to compare and deploy your CPQ configuration for, choose the Run CPQ external ID setup option and complete the process.

Once your source and target orgs have had the external ID setup process run successfully, you're almost ready to start comparing your configuration data.

The next step is to correctly configure and choose the CPQ objects and related metadata that you wish to include in your comparison, using the comparison filter dialog.

The Gearset CPQ standard filter is preconfigured to include recommended core metadata and CPQ objects which you can further configure and save as your own filter should you wish.

To correctly configure your filter for CPQ comparisons and deployments, you should include the following in the filter dialog:

Note: Deployment failures can often result from not having configured your comparison correctly to include metadata which your CPQ config has a dependency upon.

You can also choose to include Billing objects in the comparison. Advanced Approvals support is planned for Q4, 2022.

Expanding a CPQ item in the comparison results will display any components or dependencies for that particular item that you can also include in your deployment:

As part of the final deployment stage process, Gearset will automatically handle the population of the record ID for any new items being deployed.

To proceed with the deployment, select the items to be deployed and then click on the NEXT button: 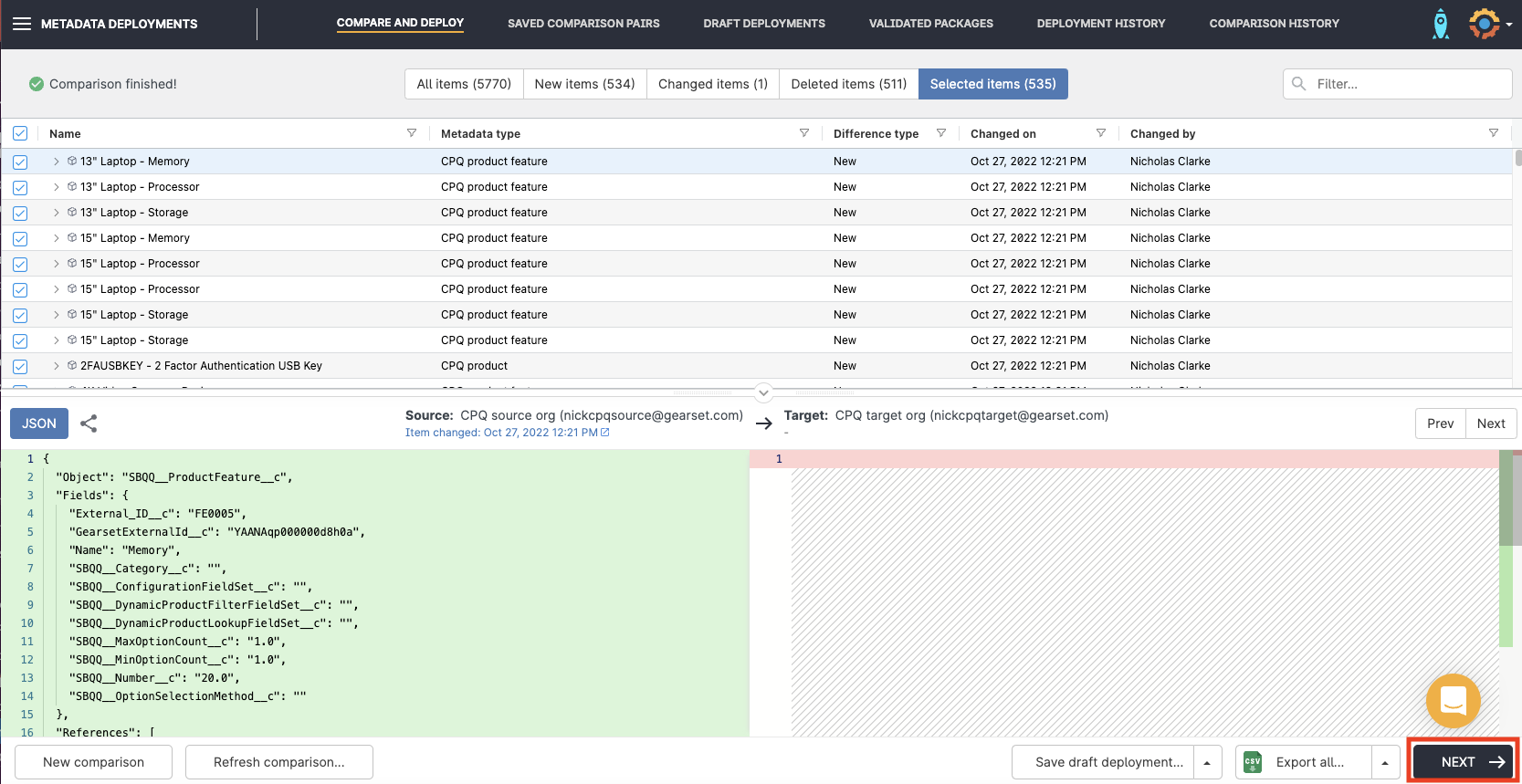 Just as with metadata, any deployment package including CPQ items will undergo a series of checks to detect common issues that might cause your deployment to fail. These include checks for missing config dependencies and any metadata that must also be included if the CPQ deployment is to succeed.

If all goes well, you'll see a summary screen like the following: 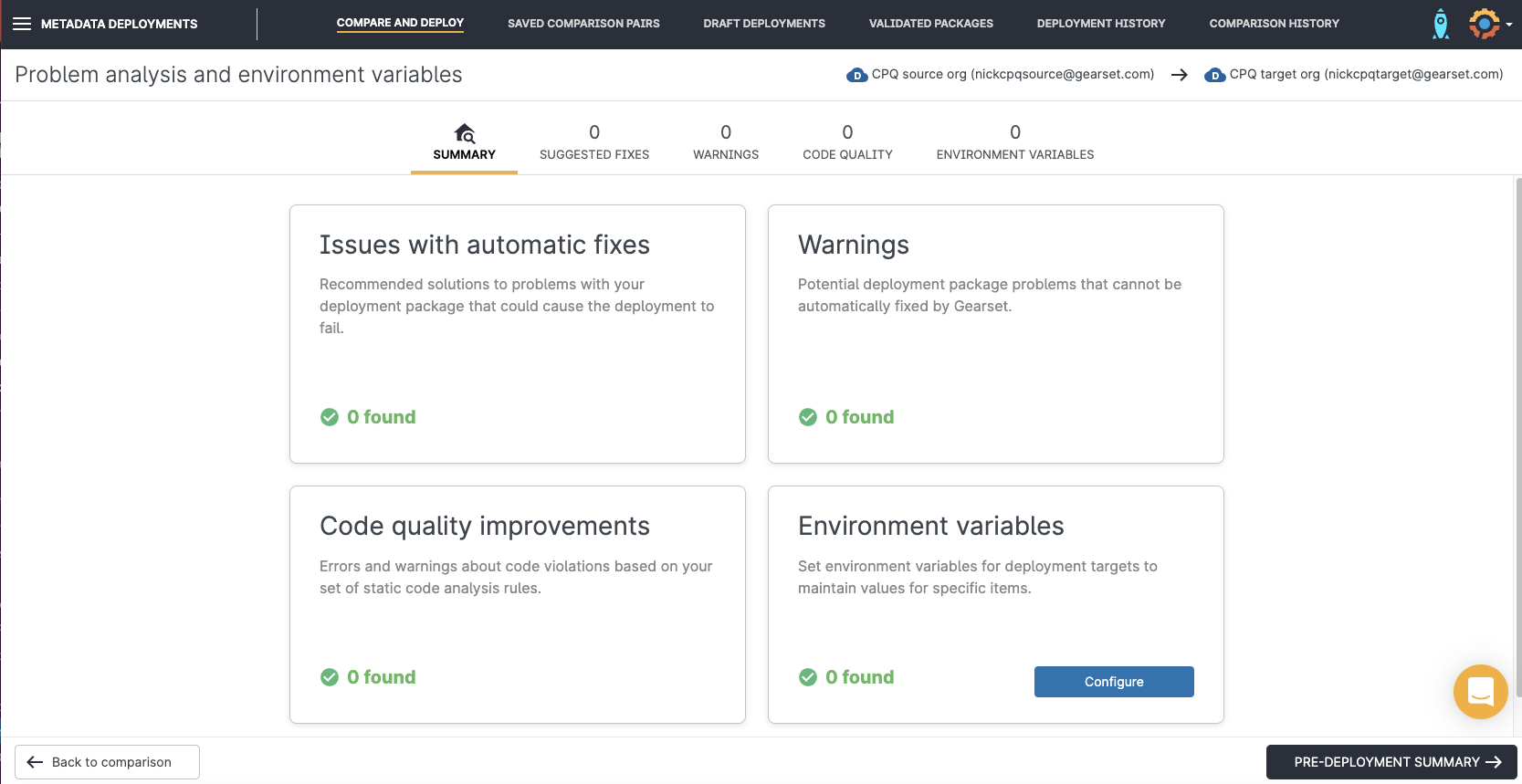 Otherwise, you'll see suggested fixes, warnings, and so on: 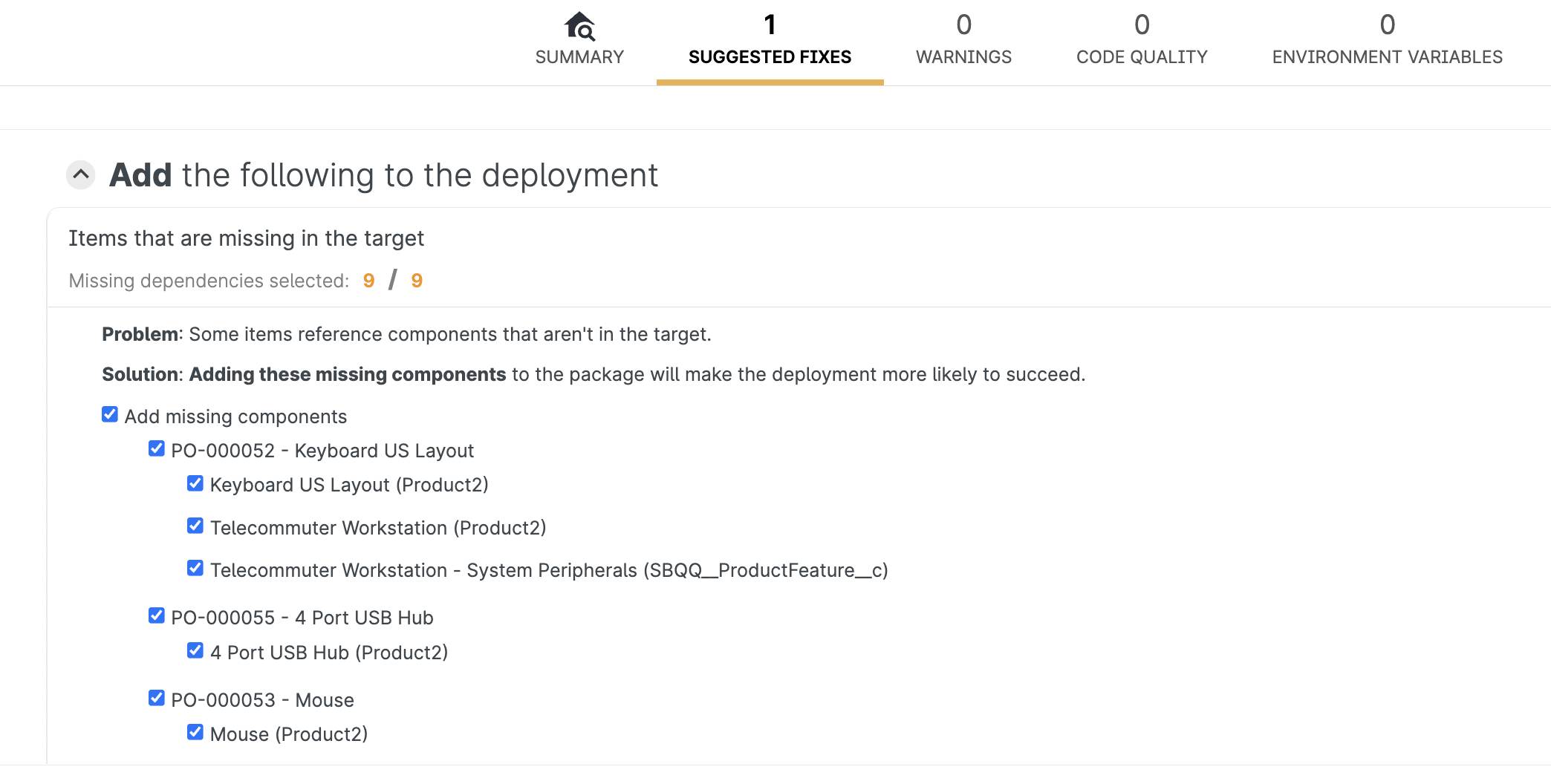 The pre-deployment summary will show the full list of CPQ records being deployed, including any that have been added through the problem analyzers. You can add a name and deployment notes for the deployment, with these then showing in the metadata deployment history.

Should this deployment fail, Gearset will follow its current behaviour of stopping the deployment and rolling back any metadata changes, which means that your Salesforce org will be left in its original state. No CPQ deployment will then be attempted.

Once the metadata has been deployed successfully, any tests will then run. Assuming all tests pass, your CPQ configuration data will then be deployed.

From the deployment success page, you can see the summary of items deployed, with a direct link to each record for easy navigation. The deployment summary will also be added to your deployment history. 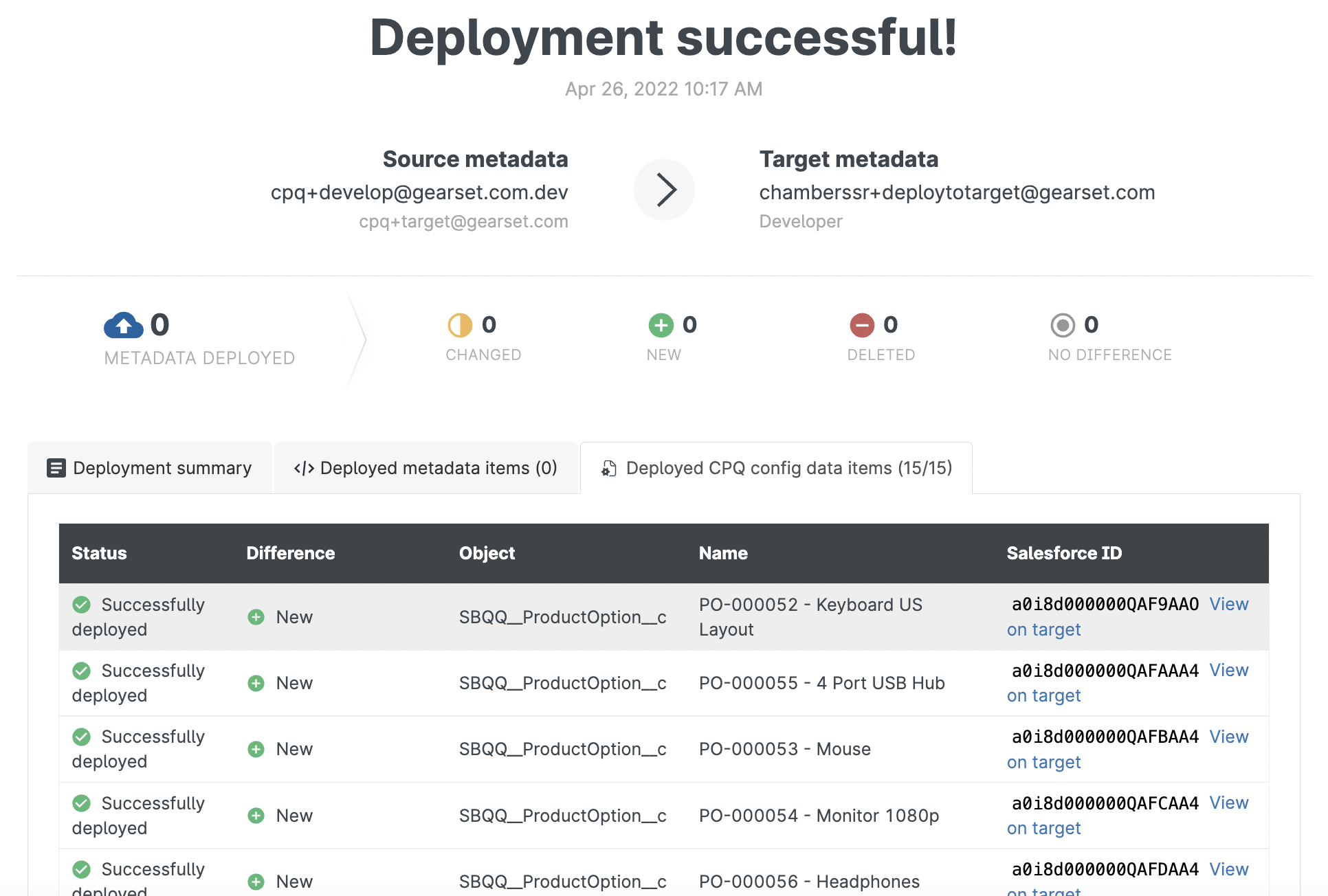 And that's it! You've deployed the selected CPQ configuration changes from your source to your target.