Understanding why we support one branching model and how it works

Written by Jaime Esqueda
Updated over a week ago 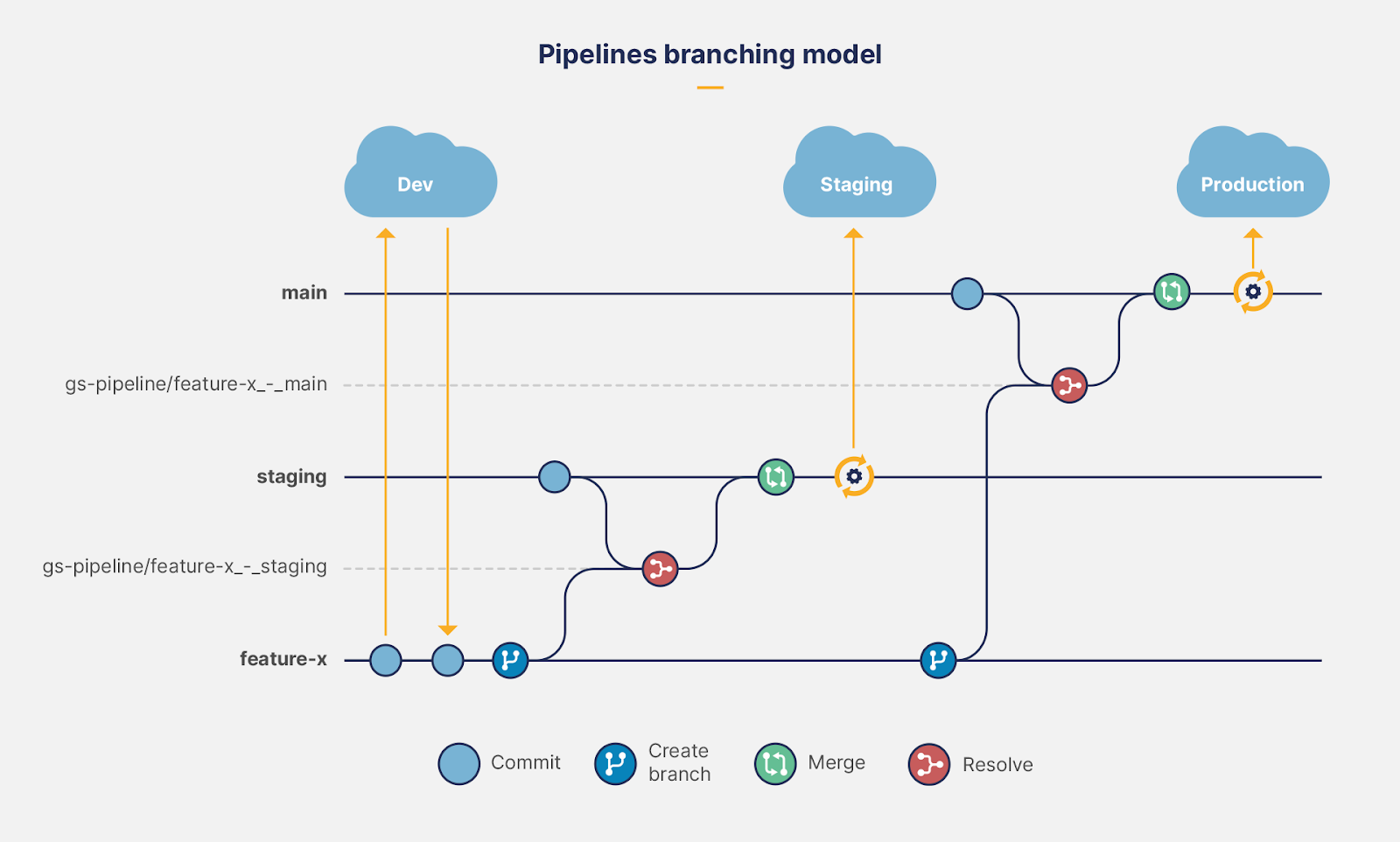 The diagram above is just one example of the use of this branching model. You can include as many, or as few, Salesforce orgs as you'd like, connected to each other in any way you'd like. In the example above there are three Salesforce orgs:

Changes start out in a Developer Sandbox, before flowing into Staging, and finally to Production.

Note there is an exception, in that developer sandboxes have no long-lived environment branch. Instead, they have associated short-lived feature branches, and no corresponding CI jobs.

When an individual team member has a change they want to push through the release pipeline, they first create a feature branch from the main (or master) branch. They can create the branch and commit their changes all from the manual compare and deploy workflow in Gearset. Of course, if some team members would prefer to use VSCode and the Git CLI – or any other tools – then that's fine, too!

Therefore, even though the feature branch isn't merged, the feature itself is promoted across the pipeline using these promotion branches that get created between each environment.

For example, the feature branch ABC is being promoted in this screenshot via the promotion branch gs-pipeline/ABC_-_hotfix.

Here are some of the FAQs around promotion branches.

Doing extra work on a feature

If you have a feature already in your pipeline that needs more work, then you can do that work in your original feature branch. Note that Pipelines will detect this and automatically back-propagate the extra work to earlier environments (if necessary), to avoid drift between your environments.

If you have extra work specific to the environment you’re merging into, then you can do that in the promotion branch and it will not be promoted further. Generally, this is only necessary in order to resolve merge conflicts with a particular environment.

When the feature is ready for release to production, it's deployed by merging one final promotion branch back into main. In this model, main is essentially the environment branch for production.

You're free to merge to main either during or at the end of the sprint. We'd also recommend that, after each release, you merge main back into each environment branch in turn. If your environments are set up as in the above diagram, for instance, then we'd suggest you merge main back into your long-lived environment branches (staging, in this case) using your git provider or CLI at the end of sprint or after a release. This is helpful for a few reasons:

Now that you’re familiar with the branching model used in Gearset Pipelines, the next document will show you how to set up your first pipeline.