Deployments in Gearset usually start with a comparison. If you want to skip this comparison stage and push a known set of changes to another environment, the Deploy to target feature is for you. This feature is available for all customers on the Enterprise tier of the app.

Once a deployment has successfully completed, you can use Gearset to push the exact same package to other targets without first running a comparison between them.

This has a number of benefits:

There are a few things to be aware of when you use this feature: 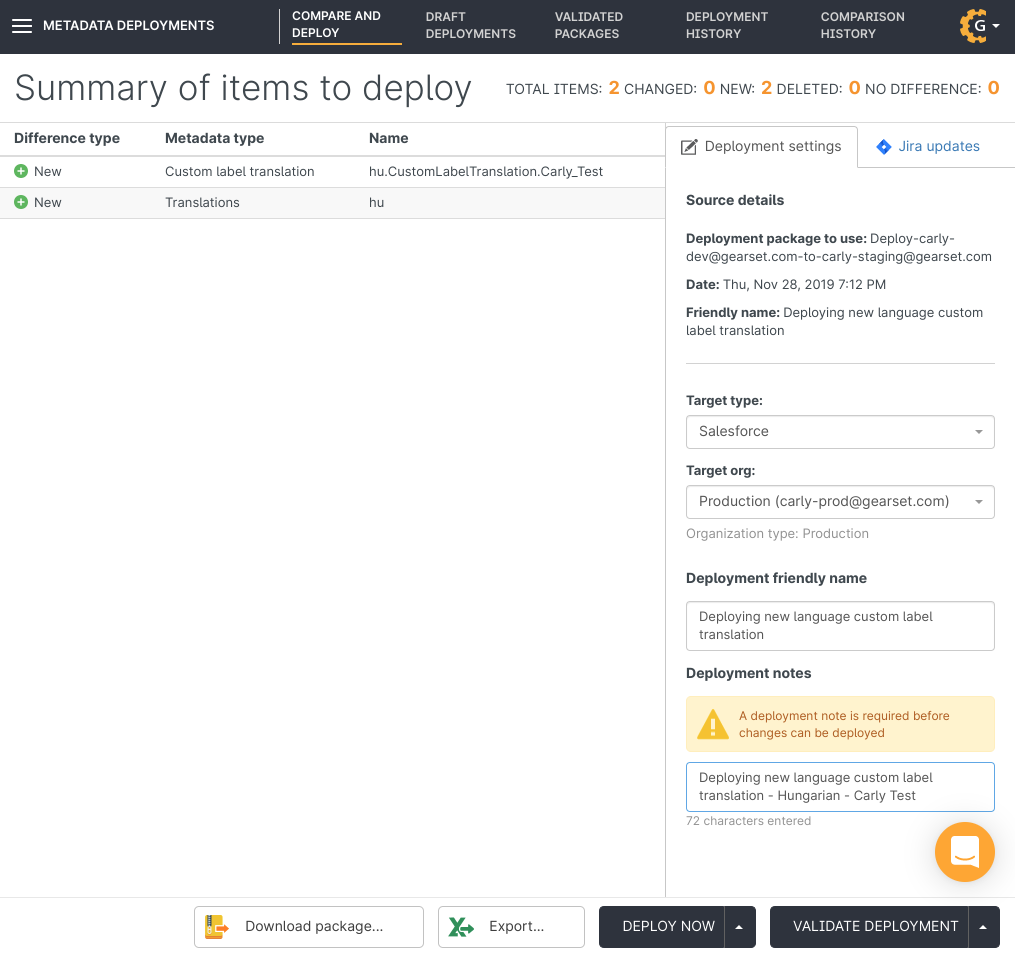 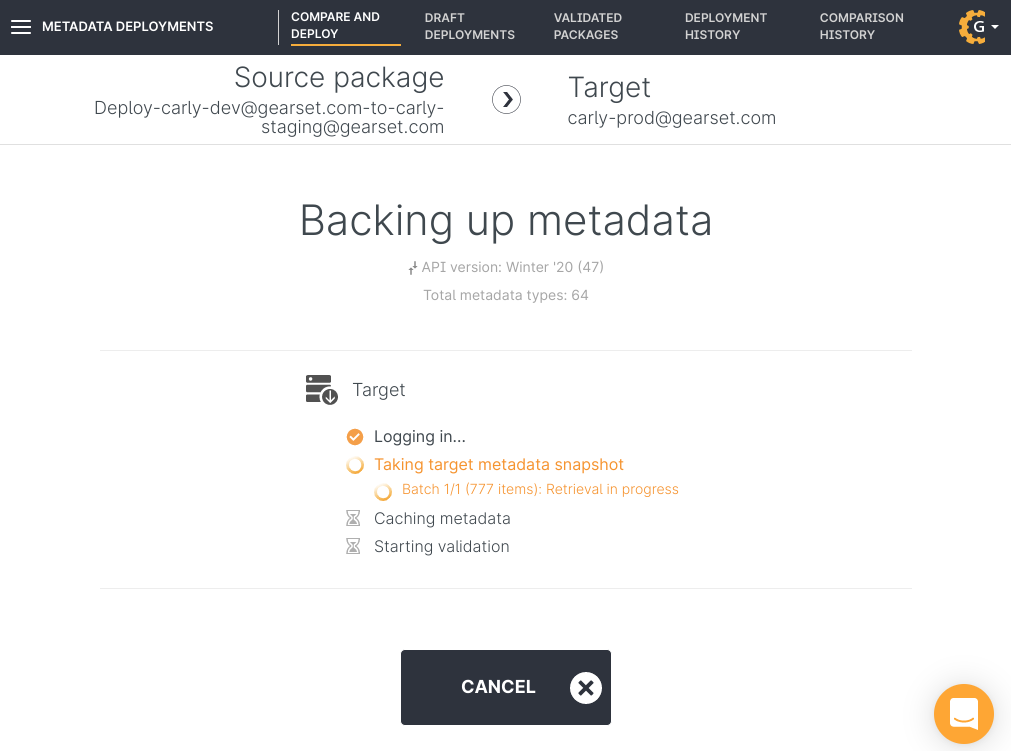 For more information, check out our blog post on this feature.

Got questions? Just get in touch and one of our team will get right back to you.