This article explains when and why the REQUIRED_FIELD_MISSING error occurs, and how to fix it

Written by David Runciman
Updated over a week ago

The REQUIRED_FIELD_MISSING error can happen during a data deployment if the object that you’re deploying includes a required lookup field and you’ve chosen to exclude the object referenced by that field.

You may also see this error if you are trying to deploy binary data: Gearset does not currently support deploying binary data, so in this case you will need to exclude the binary items from your deployment.

Lookup fields on a Salesforce object are frequently used to associate two records together in a relationship. 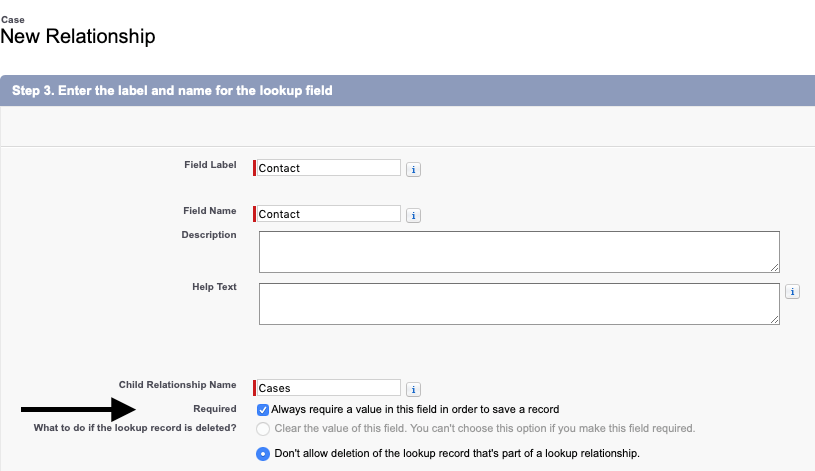 Gearset will not deploy the records from an object with a required lookup field if you have excluded the object referenced by the lookup field.

The error is can be triggered if you attempt to deploy a detail object in a master-detail relationship while excluding the corresponding master object in the deployment. 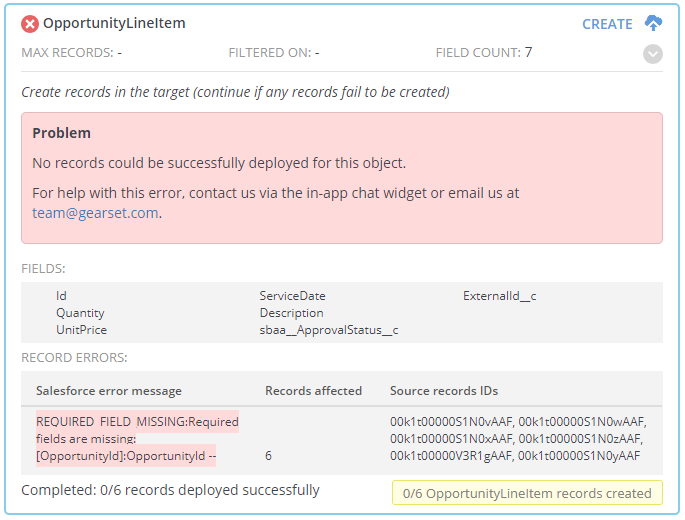 The main way of avoiding this error is to make sure that you include the relevant dependencies in your deployment. After you have selected the primary object that you want to deploy records from, Gearset's data loader will ask you which related objects you want to include in the deployment. This is the second step of configuring your data deployment.

You will need to include the object referenced by the required field at this stage for Gearset to deploy the record to your target. 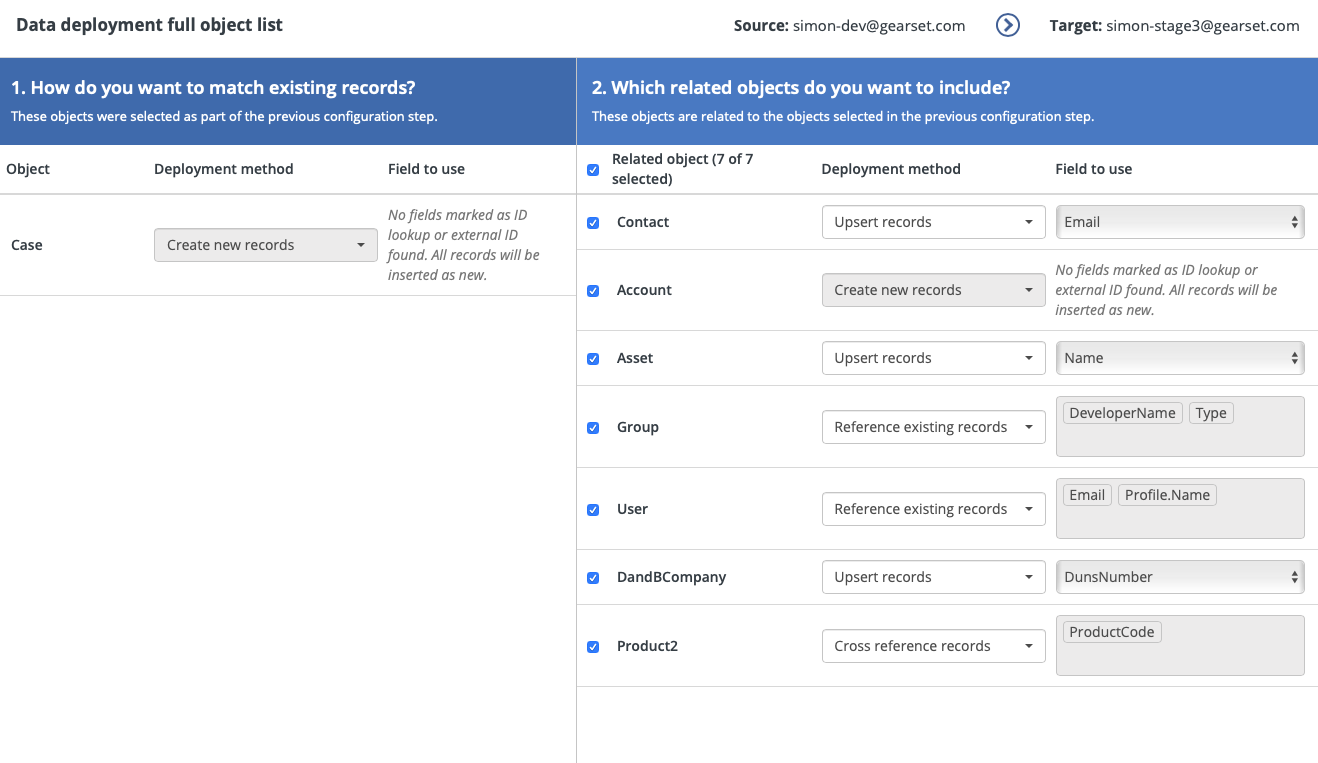 Alternatively, for the purpose of the deployment, you may choose to filter and exclude the record(s) that give rise to the error.