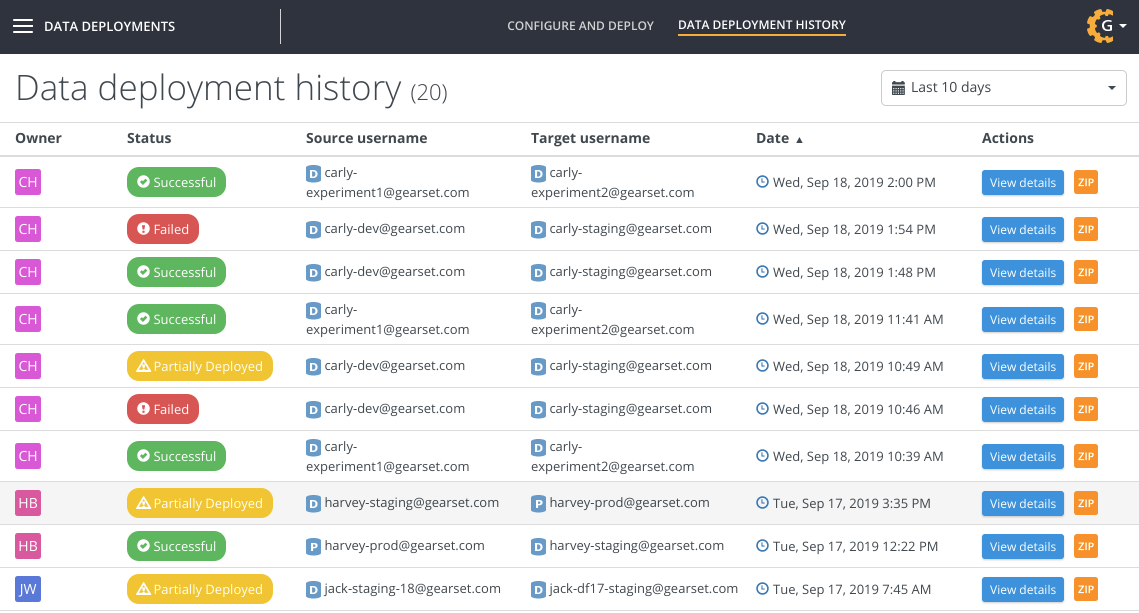 Data deployments will have one of three statuses:

You can also see who ran the data deployment, the source and target orgs, and when it was run.  You can use the drop-down filter in the top right to show data deployment jobs for your chosen date range. 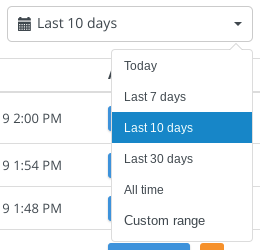 You can view more information about any previous data deployment by clicking the View details button. This will open the post-deployment summary page where you can see all of the steps carried out, and any errors that were encountered.