An introduction to the modern git-based development model

This model is a framework for how we think a best-practice release flow should integrate with version control. Of course, each business is different, and the model is designed to provide flexibility for teams to customize to suit their specific regulatory or business needs.

Consider it a starting point for developing your own DevOps process, and not a prescribed format that must be adhered to.

This model is taken using excerpts from our whitepaper on git-based development. For more detail on any of these steps, consult the whitepaper. 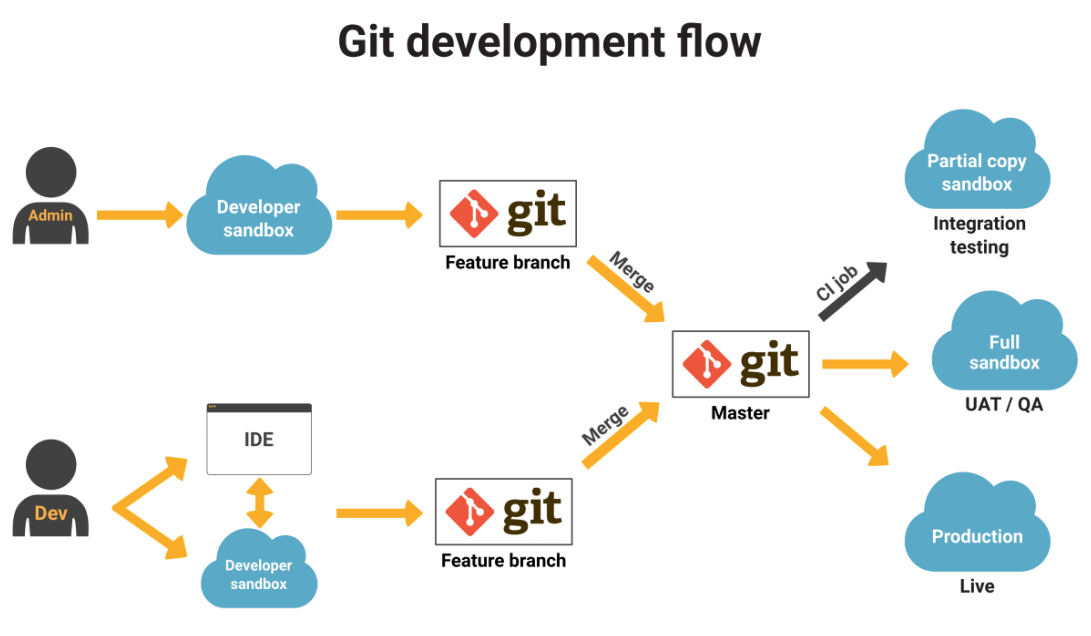 No matter how good the release model is, changes will sometimes be made outside of the defined process. An urgent bug fix in the production org may need to be rushed through to release, or an admin may make a small configuration change in a UAT org through the Salesforce UI.

The ability for users to rapidly make these small changes is one of the strengths of Salesforce, and it allows businesses to respond to user requests more quickly than is typically possible with other platforms.

Rather than attempting to stop users from working this way, a good release process should have an effective way of quickly identifying these hotfixes and incorporating them back into the defined development model. Tracking hotfixes in this way avoids them being overwritten during the next scheduled feature release.

Common alterations to the model

Much like the default Salesforce orgs, this model is a starting point for git-based development. Below are a couple of the common changes we've seen teams make:

Read our whitepaper on version control for Salesforce for more information about this process.