There are two broad types of change that can be made within Salesforce:

In this article we'll focus on code changes, what they are, and how they are made.

What is a code change?

Some customisations require more complexity than can be achieved via declarative changes. They may require writing custom logic which triggers complex workflows, or custom integrations to perform automated tasks outside of Salesforce.

These sorts of changes are generally known as code changes, as they require the Salesforce user to write new code rather than clicking around in the UI.

The benefits of code development

There is really very little limit on what can be created through custom code in Salesforce - it's an incredibly powerful toolkit.

How code changes are made

Code changes are generally created in one of three ways:

Below is some example code in the form of an Apex class: 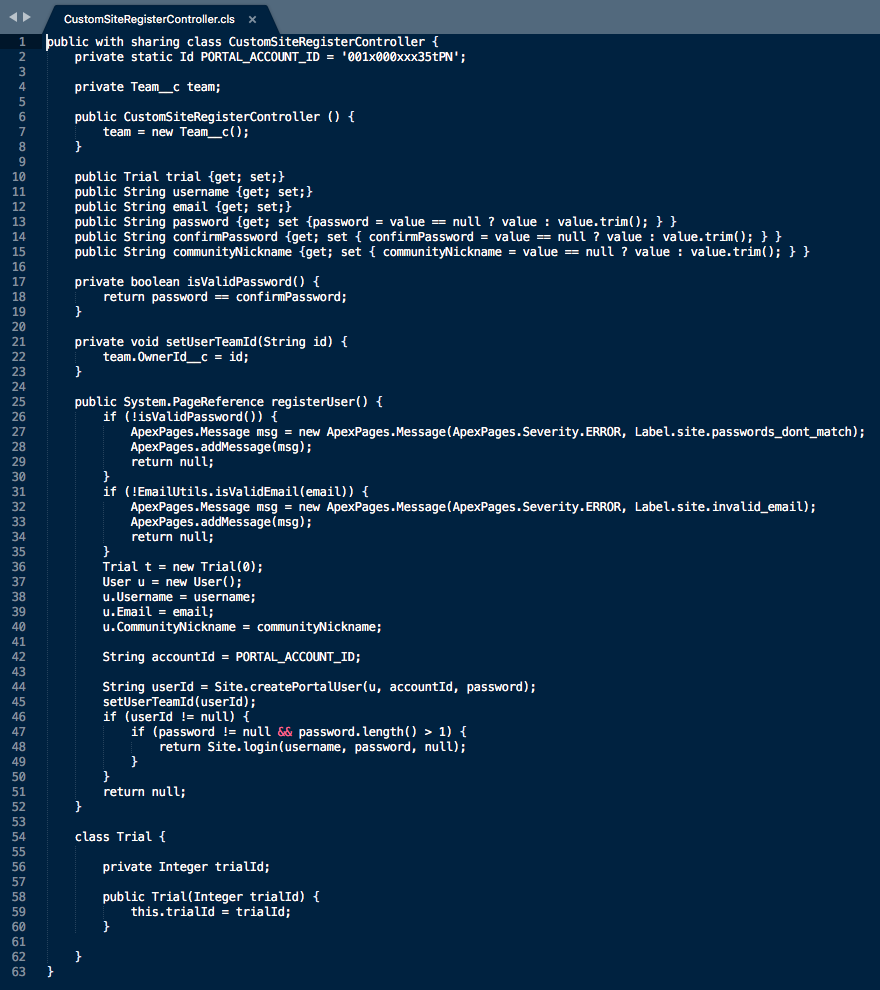 Code changes can do almost anything in an org:

You can learn more about Apex in the Salesforce Trailhead Developer Beginner module here.