All Collections
FAQ
Comparisons and deployments
Should I source control managed packages?

Written by Ali Daw
Updated over a week ago

Managed packages behave differently to most other metadata. It’s usually not required to include managed packages in your deployments, or to manage them in source control, but it can be a good practice for maintaining effective collaboration and consistency across environments.

For example, you could:

Having the version of a managed package you're currently using explicitly defined in your source control repository is also really valuable. It makes it harder for a different version to get inadvertently installed in other environments - different versions can have different behaviour and therefore become a source of bugs. Also you can handle upgrades to your managed package version as you would any other metadata change: capture the version change in your source-controlled InstalledPackage metadata then deploy this out to your other environments.

When working with a particular managed package, you'll need to make sure that the metadata filter Installed Package is set to All. Alternatively, you can set it to Named Items but you'll need to manually add the package name. 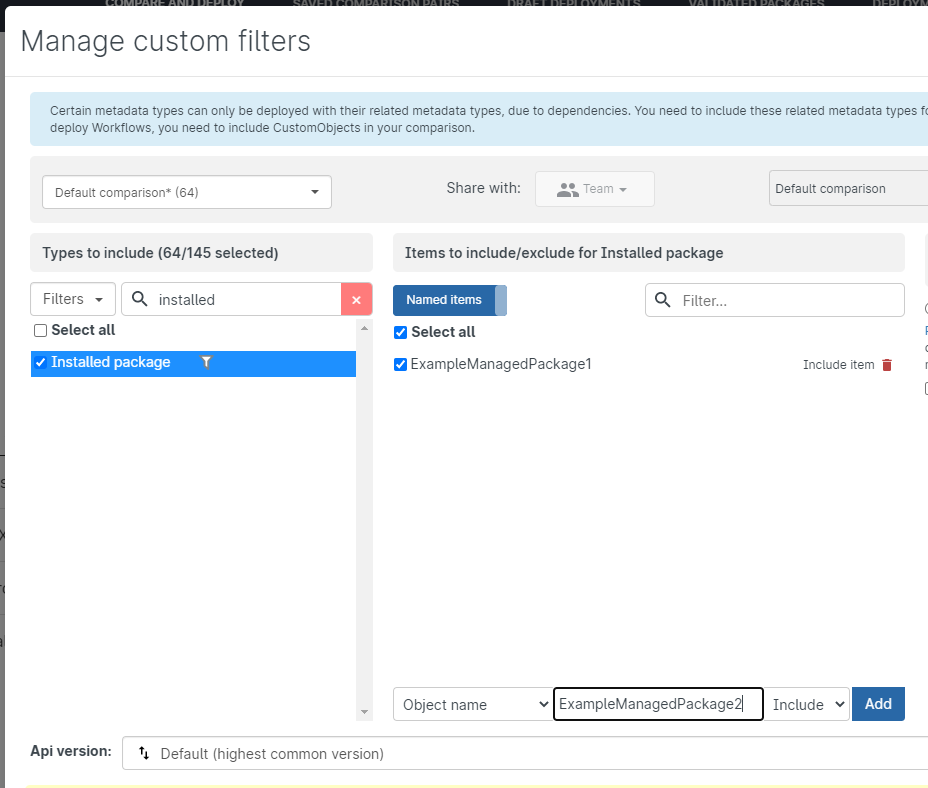 You may need to edit the Installed Package metadata in your source control system to add a <password>appinstallpassword</password> line before you can install it in other downstream orgs. You’ll be able to find out this password from your package provider.

Some packages require additional configuration after installation that can only be done manually in the target org. You can still use Gearset to install them, and then complete the configuration in Salesforce.

Which managed package metadata to track in source control

If the package is not being modified beyond the original install:

If modifications are being made to the package:

You can find more information about getting started with version control for Salesforce in Gearset's whitepaper.